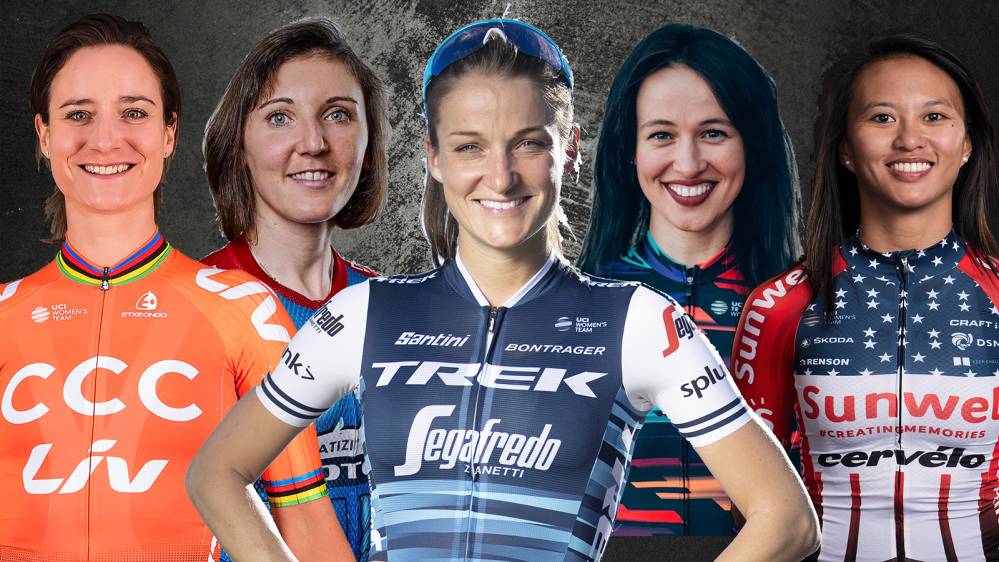 Team Sunweb’s Rivera will take the number one placard having sealed overall victory last June at Colwyn Bay in North Wales, in doing so becoming the first non-European winner.

Today’s announcement follows news earlier in May that all 15 of the world’s leading squads will compete in next month’s race.

Lining up alongside Rivera in Stowmarket on Monday 10 June will be the OVO Energy Women’s Tour’s first champion Marianne Vos (CCC Liv), who is the most decorated rider in the history of the race, having won five stages and four jerseys since 2014.

2015 winner Lisa Brennauer (WNT ROTOR Pro Cycling) will continue her record of having participated in every edition of the race, while 2017 victor Kasia Niewiadoma (Canyon//SRAM Racing) completes the famous five.

Niewiadoma memorably won the opening stage of the 2017 race in Northamptonshire, giving her an unassailable lead. She later credited her victory to the inspirational message from Laura Hunter on the pink ribbon provided by official charity partner Breast Cancer Care.

Deignan’s victory in 2016 is so far the only overall win in the OVO Energy Women’s Tour for a British rider.  The former World Champion returns to the race after a year’s absence for maternity leave.

Further announcements about the star riders who will complete the 96-rider field will be announced next week.

The OVO Energy Women’s Tour expands to six stages in 2019, covering 790 kilometres of racing and over 8,400 metres of ascent, with two tough stages in Mid and South Wales concluding the race on Friday 14 – held in Powys – and a Carmarthenshire finale on Saturday 15 June.