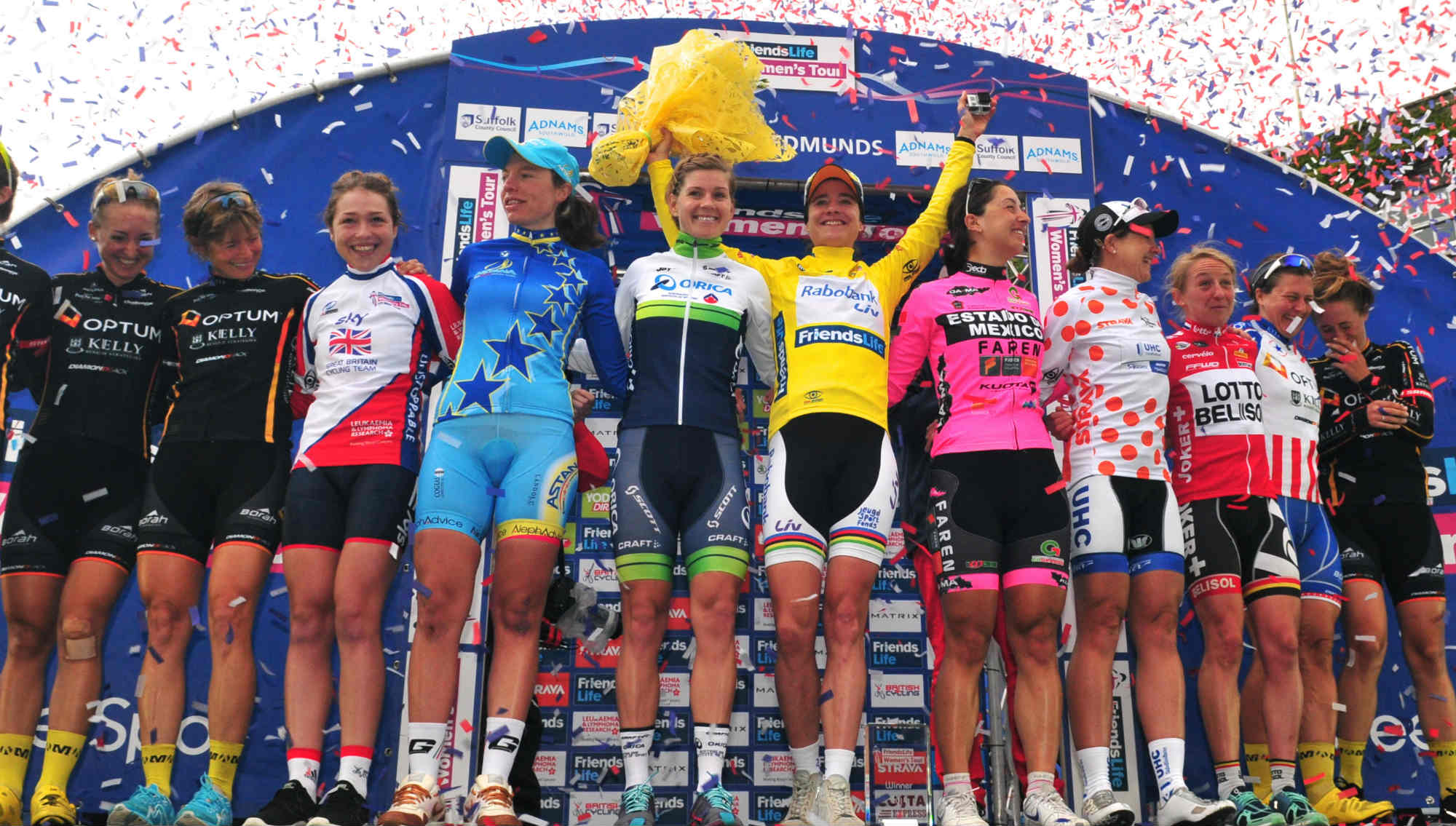 The Matrix Fitness and Pearl Izumi Sports Tours International Boot Out Breast Cancer teams are the first two squads to be confirmed as riding the second edition of the Friends Life Women’s Tour.

The Matrix Fitness and Pearl Izumi Sports Tours International Boot Out Breast Cancer teams are the first two squads to be confirmed as riding the second edition of the Friends Life Women’s Tour.

Both teams will take part in the five-day, international stage race, which this year takes place between 17 – 21 June, alongside the world’s top teams and riders.

In part due to the success of the first ever Friends Life Women’s Tour, Matrix Fitness have stepped up to become an internationally registered UCI team for 2015, allowing them to compete in other international races as well as their home Tour.

“The Friends Life Women’s Tour gave us the platform to step up to professional level in 2015, and for that reason alone this race is extremely special to the team.  We are very proud to be returning for the second edition of the race and look forward to battling it out with the world’s best teams, in this, the world’s best race.

“Hopefully this year’s race continues to capture the imagination of the public and we can race in front of crowd lined streets again.”

While Matrix Fitness took part in the inaugural edition of the race last May, Pearl Izumi Sports Tours International Boot Out Breast Cancer will be making their debuts and will be the sole domestic, non-internationally registered team in the event.

“We are delighted to be competing in the second edition of the Friends Life Women’s Tour 2015. Having seen the success of last year’s race, it will be amazing to be part of the 2015 edition and be competitive in the event. We look forward to being on the start line on 17th June with a strong line-up.”

Don’t forget the voting for the SweetSpot Cycling book of the Year Award is open, you can find out about the shortlisted titles by clicking the button below.