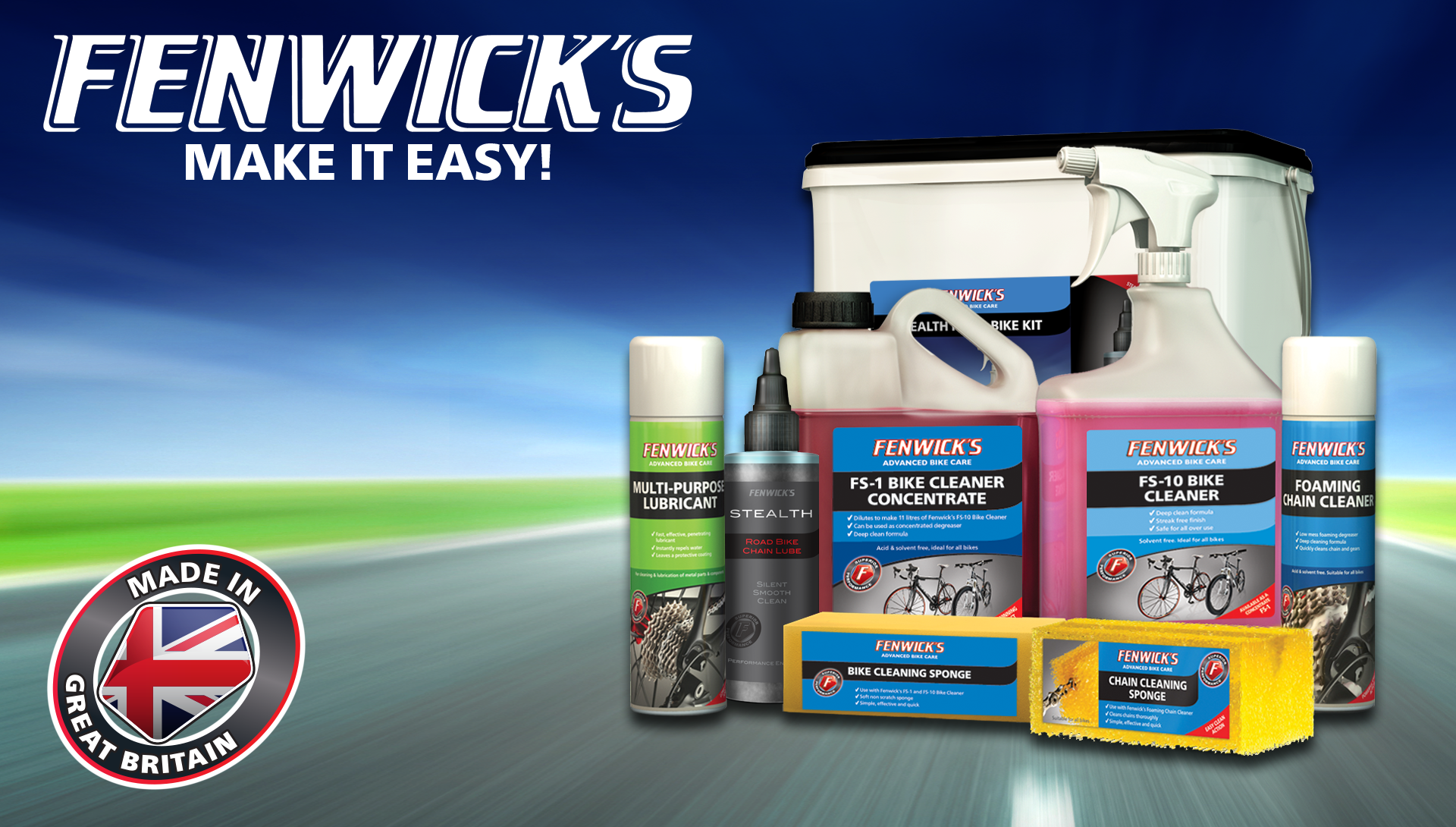 Fenwick’s have been appointed the Official Bike Cleaning Partner to the Tour of Britain and the Aviva Women’s Tour, the leading professional cycle races for men and women in the UK.

Fenwick’s have been appointed the Official Bike Cleaning Partner to the Tour of Britain and the Aviva Women’s Tour, the leading professional cycle races for men and women in the UK.

As a part of the three-year deal the broomwagon in both the Tour of Britain and Aviva Women’s Tour will be branded by Fenwick’s, showcasing the bike cleaning brand to hundreds of thousands of spectators at the roadside in both events across thirteen days of world-class action.

Fenwick’s will also become a partner of the Pearl Izumi Tour Series televised town and city centre races, which will take place at ten locations across England, Scotland and Wales during May and June.

Commenting on the partnership, Jonathon Smith, Owner of Fenwick’s said;

“Fenwick’s, are truly honoured to support SweetSpot and the Tour events.  As a British company who are big fans of cycling, we think it is the perfect partnership, enabling us to share our knowledge, expertise and passion at the Tour events with other cyclists, from the sportive rider, right through to the best riders in the world.  There is no other sport that has the same accessibility, reach and coverage.  It’s a pleasure to be able help and support everyone who takes part.”

Fenwick’s will enjoy branding and hospitality at all events, plus sampling and marketing opportunities in the busy event promotional zones at the Pearl Izumi Tour Series (May and June), Aviva Women’s Tour (15-19 June) and Tour of Britain (4-11 September).

You can find out more about Fenwick's complete range of bike cleaning products by clicking here.

The Pearl Izumi  Tour Series takes place at ten venues across England, Scotland, Wales and the Isle of Man, beginning at Ramsey as a part of the Isle of Man CycleFest on Thursday 12 May, the Series will conclude in Portsmouth on Thursday 9 June.

The Aviva Women’s Tour takes place from Wednesday 15 to Sunday 19 June, beginning in Southwold on the Suffolk coast and finishing five stages later in Northamptonshire, including stages in Warwickshire and the Peak District.

The Tour of Britain is British Cycling’s premier road cycling event giving cycling fans the opportunity to see the world’s best teams and riders competing on their door step.  The 2016 race begins in Glasgow on Sunday 4 September, finishing in London on 11 September with stages across Scotland, England and Wales.