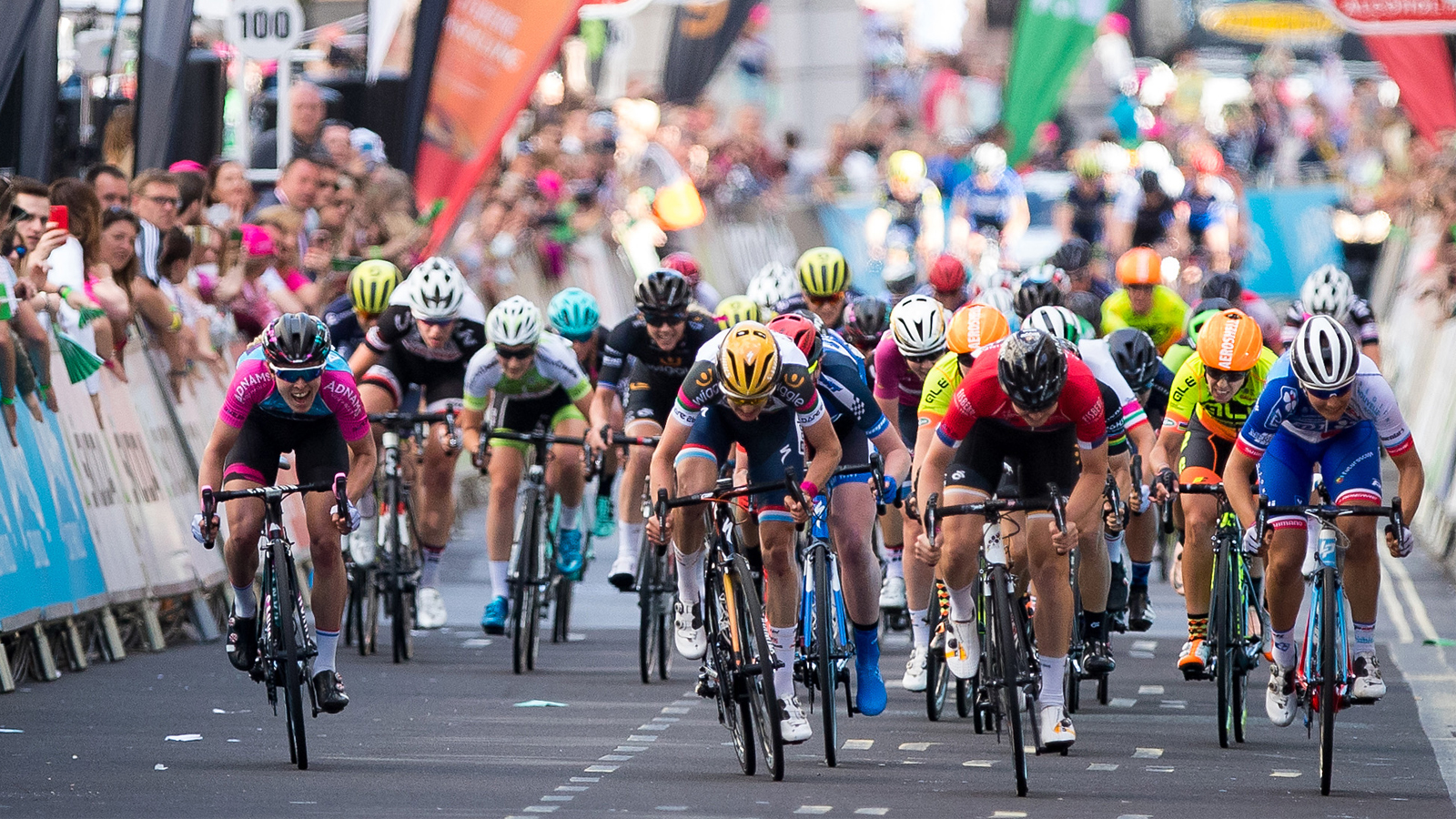 Excitement is building ahead of the start of the fifth edition of the OVO Energy Women’s Tour, the most prestigious women’s cycle race in the UK, as competitors begin to arrive in Suffolk for Stage One on Wednesday 13 June.

Excitement is building ahead of the start of the fifth edition of the OVO Energy Women’s Tour, the most prestigious women’s cycle race in the UK, as competitors begin to arrive in Suffolk for Stage One on Wednesday 13 June.

The race, part of the UCI Women’s WorldTour, gets underway from Framlingham, made famous by local boy Ed Sheeran’s hit ‘Castle on the Hill’, and finishes Southwold on the Suffolk Coast. Five days later the event culminates with a first ever visit to Wales.

Team Sunweb coach Hans Timmermans is again predicting an open and exciting race, describing the OVO Energy Women’s Tour as “the most prestigious stage race of the season”.

He added: “We believe that it will be spectacular again with finals with some hills in and then in the end a hard queen stage with longer climbs. We have a sprinter in our team with Coryn [Rivera] who will get some great chances, especially because of the hard finals.”

Mitchelton Scott Sports Director Martin Vestby agrees, likening the five-day race to the Spring Classics thanks to the topography of the route.

“As with previous editions of this race the stages look to be super hard, often the terrain is much more challenging than the profiles suggest, with plenty of rolling country roads to contend with, and much like the classics, lots of short but very steep climbs,” he said.

“I love all of the fans along the roadside and I have amazing memories from last year! I’m coming into this race with no pressure and no expectations on myself,” said the 2017 winner. “It will be pure racing for the team. At the moment, I feel happy and complete on my bike and that’s all that matters!

“I saw the stage profiles and I can say that they are going to hurt! It’s a demanding and unpredictable race and I love this. I have decided to race again because of these hard stages which I believe will help me to get into better shape before the Giro Rosa.”

Lisa Brennauer (Wiggle HIGH5) is one of two other previous champions in the race – alongside Marianne Vos (WaowDeals Pro Cycling) – and the German rider is looking forward to returning to the event she won in 2015.

Brennauer said: “When I think back to when I won, and the victory ceremony, how many people were there to cheer. Always alongside the road it’s really huge, and as well – organisation-wise – it’s the top race of the year. For me it’s the biggest Tour in the calendar in more than just one aspect.”

Commenting on the event, OVO Energy Women’s Tour Race Director Mick Bennett said: “Fans can look forward to cheering on an amazing, world-class field of riders from which it is very hard to pick a favourite for victory in Colwyn Bay such is the quality of names present.

“Whoever does win the OVO Energy Green Jersey this year will have definitely earnt it, with tough climbs throughout the route from Stage Two onwards, while I am sure the unpredictable nature of the British weather may also play a part!

“We are bringing the race to new areas this year and hope that the fans in Worcestershire and Wales give the teams the same warm welcome as they have previously received in Suffolk, Northamptonshire and Warwickshire.”