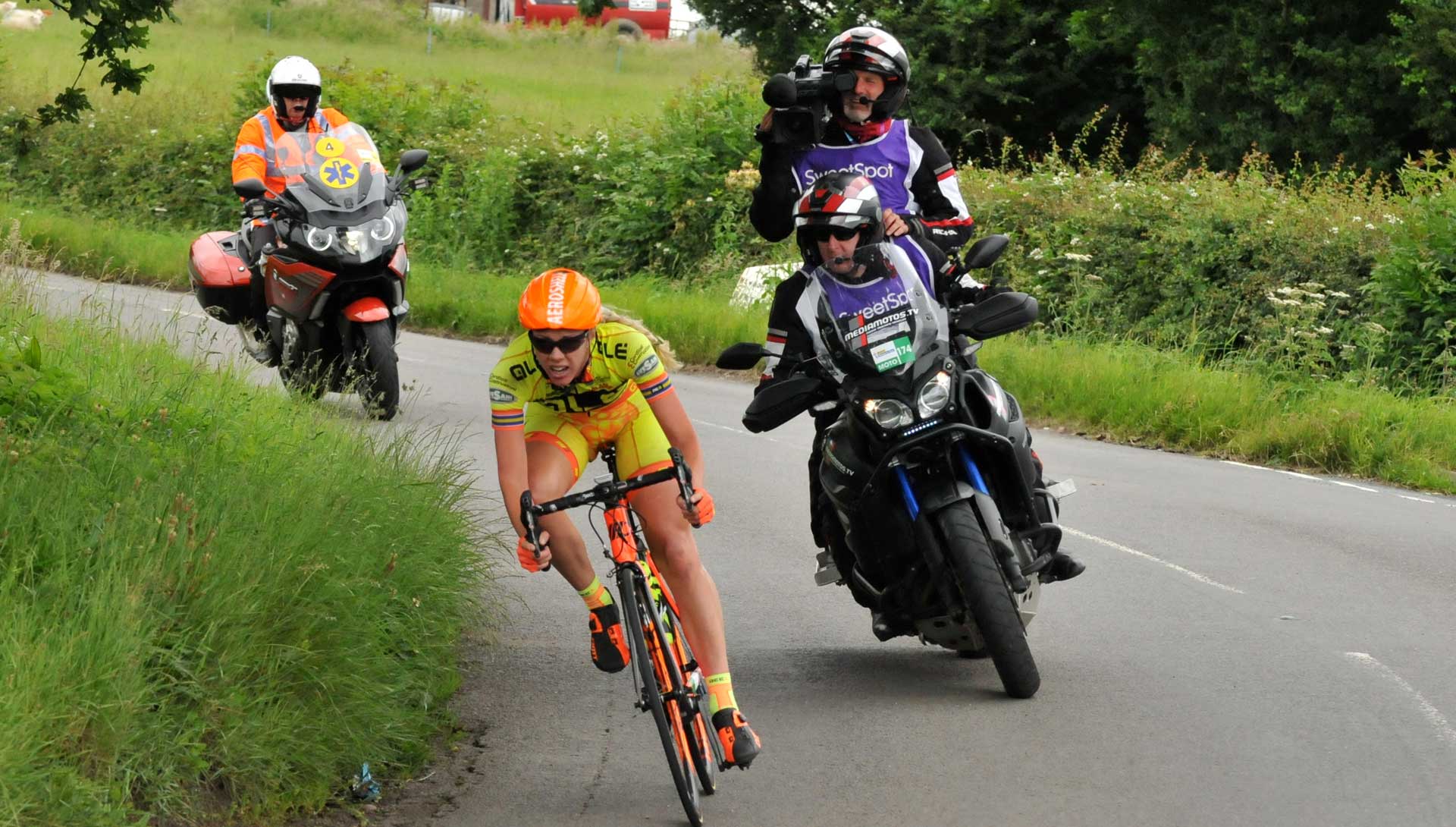 Sweden’s Emilia Fahlin continued with her aggressive display of riding at the Aviva Women’s Tour by once again hitting the front on day four of the race, from Nottingham to Stoke-on-Trent.

Sweden’s Emilia Fahlin continued with her aggressive display of riding at the Aviva Women’s Tour by once again hitting the front on day four of the race, from Nottingham to Stoke-on-Trent.

Having been amongst the chief protagonists on the wet Warwickshire stage on Thursday, the Ale Cipollini rider was once again in the thick of the action on Stage Four, going clear at around the 60-kilometres mark to build an almost two-minute lead.

However with the battle for the Aviva Yellow Jersey raging between Armitstead, Vos, Longo Borghini and Moolman Pasio, Fahlin was once again reeled in before the finish.

After making a podium appearance to collect her second combativity award of the week, we spoke to the former Swedish national road race and time trial champion.

“I have indeed enjoyed it, I just wish I got company on one of the times would be nice.  It’s a long way on open roads with the wind today, but it’s good time trial practice.  You’ve got to gamble and just try, we’ve got to keep the attacks coming because we’re lacking that strength for the GC, so maybe one day it will go to the finish, but you never know.

“It’s fast and furious behind for the bonus sprints, and everyone wants to be in front for the QoMs so that makes it hard for a break to get any big time.”

The rider who joined Ale Cipollini for the 2016 season then went on to describe how her attack had come about.

“It was fast from the start with a lot of attacks going and then settled down after the first Sprint, it was still fast but it settled down a little bit.  All the teams kept throwing some attacks and I found a good moment when it held up for a moment and I went.  I looked behind and unfortunately no one was with me, but you can’t stop in a moment like that, you’ve got to keep going.  It was around 60k in the race.”

With the race hitting the Staffordshire Moorlands the twin Strava Queen of the Mountains climbs of Ramshorn and Oakamoor, it was soon game over for Fahln.

“They got across just at the bottom of the first QoM, so I had to suffer a little on that one, but by the second one I was not with the front group anymore!

“It was tough, but I liked the course today, it’s nice, not super super tough but there were some hard sectors in there and this type of course I really enjoy.  And there were good crowds out there.”