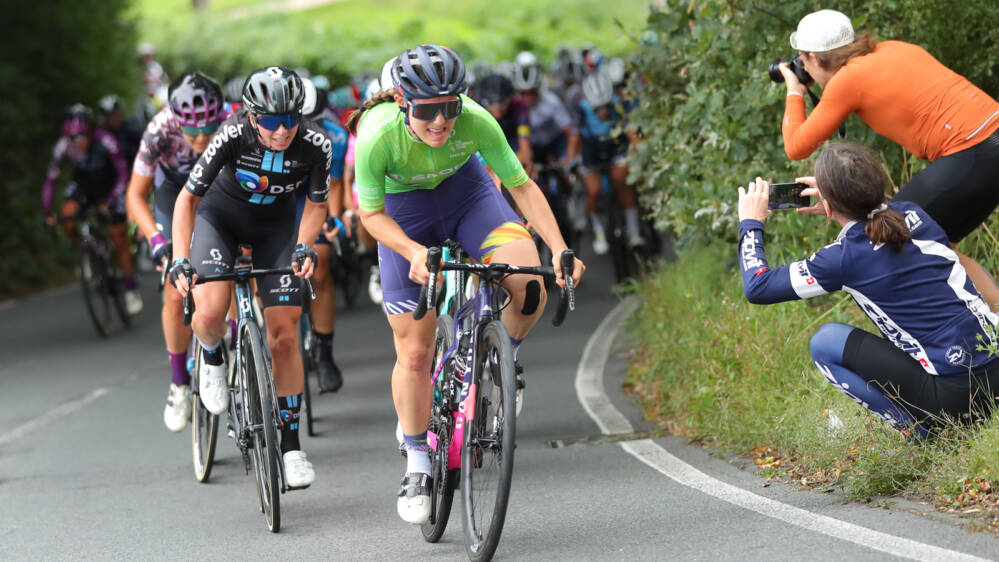 Stage Four, which was won by Lorena Wiebes (Team DSM), finished in sunny Southend-On-Sea’s Western Promenade this afternoon in front of a fantastic turn out of enthusiastic spectators.

Swiss rider Elise Chabbey, seems to have surprised herself with her achievements so far, admitting that ŠKODA jersey was not her targeted classification.

“After the first stage I was in contention for it, so we were like ‘Yeah, I mean if I’m there I should just try to go for it’, then I was in the jersey so actually really cool” said Chabbey, who competed in the K-1 canoe slalom at the 2012 London Olympics.

Chabbey scored maximum points (six) on the day’s solitary ŠKODA Queen of the Mountains climb of Hambro Hill in Rayleigh (pictured above), with just over 10 kilometres remaining, and holds a seven point lead over nearest rival, and race leader, Demi Vollering (SD Worx).

Both Chabbey and Kessler (pictured below) admitted that the Stage Four route was very technical and exciting due to the speed at which the riders were racing and attacking, despite it being fairly flat and with little wind compared to the challenging conditions they both faced earlier in the week.

Kessler said; “The race was hectic from the start on, because the road was pretty technical and there was a lot of corners.”  The TIBCO rider only picked up a solitary point on Stage Four but remains nine points clear of nearest rival Sarah Roy (Team BikeExchange).

Looking ahead to her fight to remain ahead in the Eisberg Sprints competition the Dutch rider said; “After yesterday with the TT [Time Trial] you know the GC [General Classification] is a little bit settled so all the girls are trying to go for their opportunity I think that everybody wants it, so it almost felt like a bunch sprint for the victory.” 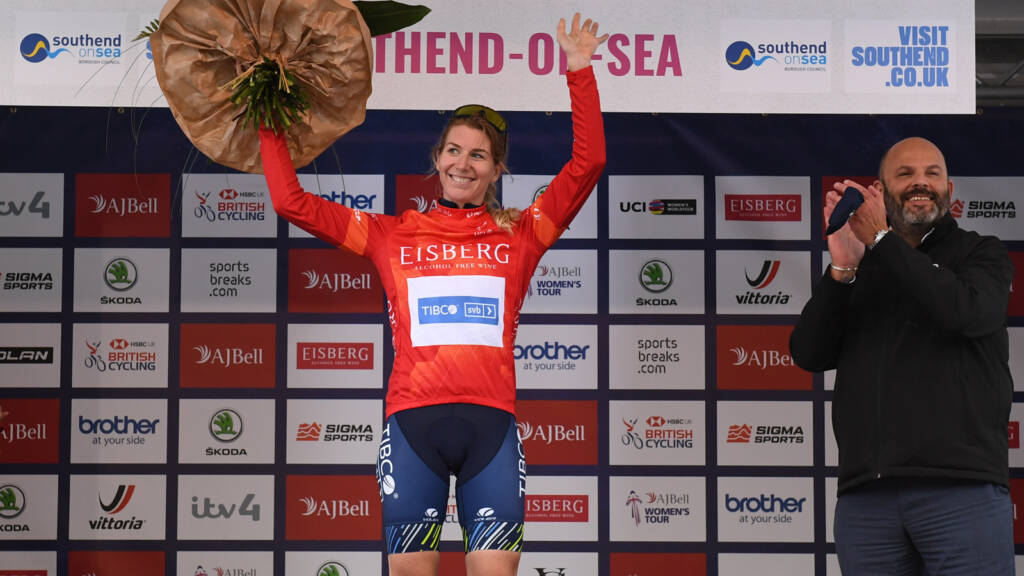