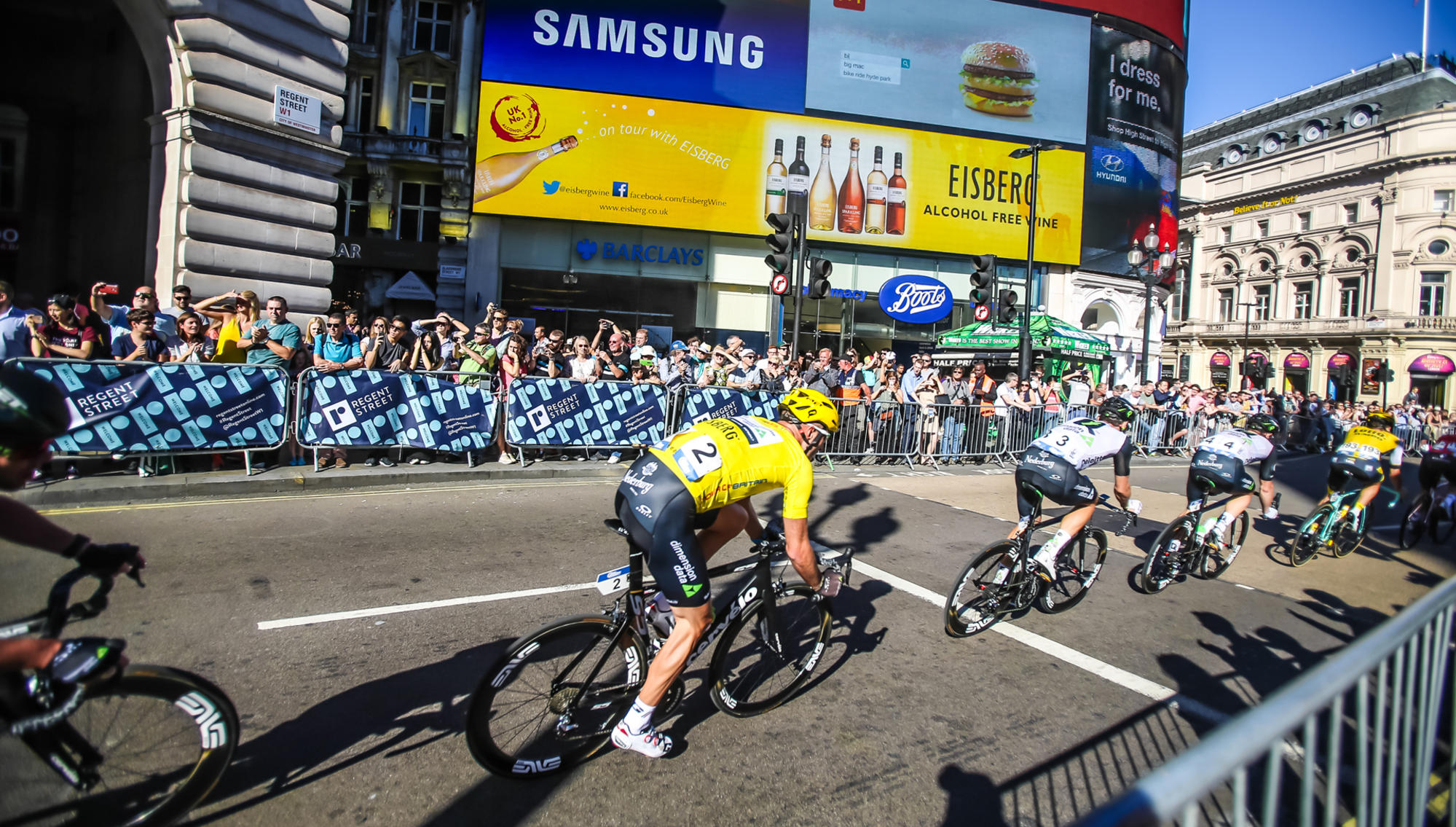 The UK’s leading alcohol free wine brand Eisberg will expand their involvement with Britain’s biggest professional cycle races in 2017 to include The Tour Series and The Women’s Tour, the UK’s only UCI Women’s WorldTour stage race.

The UK’s leading alcohol free wine brand Eisberg will expand their involvement with Britain’s biggest professional cycle races in 2017 to include The Tour Series and The Women’s Tour, the UK’s only UCI Women’s WorldTour stage race.

The partnership will build-upon Eisberg’s existing relationship with The Tour of Britain from 2016 and will continue to include Britain’s biggest professional cycle race, which takes place from Sunday 3 to Sunday 10 September.

Through the new partnership Eisberg will present the jerseys awarded to the leading men’s team at each round of The Tour Series.

Eisberg will also sponsor the Sprints jerseys in all three events beginning with The Tour Series in May where riders in the women’s Matrix Fitness Grand Prix Series will fight for the Eisberg Sprints Jersey during the circuit based races.

At both The Women’s Tour (7 – 11 June) and Tour of Britain (3 – 10 September) in addition to the jersey, the intermediate Sprints on each stage route will also be branded in the colours of Eisberg, taking the alcohol free wine brand to communities across England, Scotland and Wales.

Andrew Turner, of Eisberg Alcohol-Free Wines adds: “It’s going to be a great summer of cycling and Eisberg will be there every stage of the way. On the tour last year, cyclists told us that they were increasingly moderating their alcohol intake for health and fitness reasons, so we’ll be sampling at every race so that fans can toast the action with the UK’s number one alcohol free wine.”

Commenting on the new partnership, Alastair Grant, Commercial Director of event organisers SweetSpot Group said; “We are thrilled that Eisberg viewed their partnership with The Tour of Britain 2016 in such a positive light that they have chosen to expand their involvement to encompass our other properties. It speaks volumes of the growth of women’s cycling that key to this is their involvement in The Women’s Tour and the Matrix Fitness Grand Prix Series.”

The Women’s Tour is the UK’s biggest professional women’s cycle race and a part of the UCI Women’s World Tour, taking place between Wednesday 7 and Sunday 11 June 2017, finishing with an iconic final stage in the heart of London, that will also see the city turned pink through an Official Charity Partnership with Breast Cancer Care that will celebrate 25-years of the pink ribbon.

The Tour of Britain is British Cycling’s premier road cycling event, giving cycling fans the opportunity to see the world’s best teams and riders competing on their door step, taking place between Sunday 3 and Sunday 10 September 2017. Details of The Tour of Britain route for 2017 will be announced on Tuesday 25 April.