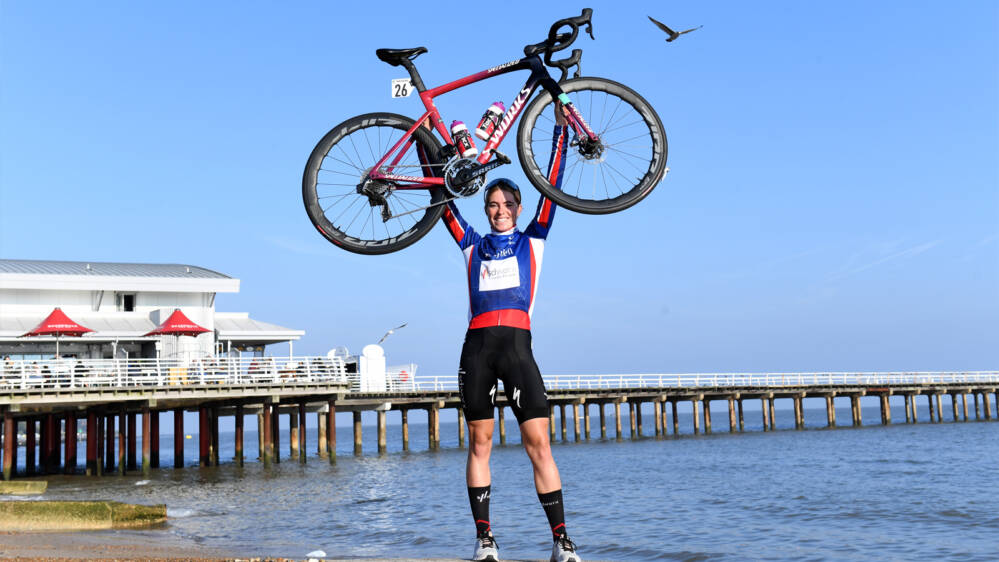 Balsamo headed home Lorena Wiebes (Team DSM) and Chloe Hosking (Trek-Segafredo) in front of packed crowds along a packed seafront basking in the October sunshine for her first victory as world champion.

“To win in this jersey is amazing – it was the perfect day,” said Balsamo. “My team did a really great lead-out for me.

“We knew we were strong in the sprints but today was perfect. It’s wonderful. This was my first time at this race but I will definitely come here again!”

The win is Vollering’s first UCI Women’s WorldTour stage race victory and comes at the end of a season in which she also triumphed in the prestigious Liege-Bastogne-Liege and La Course by Tour de France one-day races.

“It feels great – it’s really nice to win a stage race for the first time,” said Vollering.  “I made a big gap in the time trial and then the last three days were flat so we tried to sprint for Amy [Pieters]. We only needed to control it.

“It was a good week and really nice with a lot of people next to the road. It is always nice to see so many people into women’s cycling.”

The day was marked by a five-rider escape that was started by Eugenia Bujak (Alé BTC Ljubljana), who attacked a little over an hour into the stage. She was eventually joined by Ana Santesteban (Team BikeExchange), Dani Christmas (Drops Le Col s/b TEMPUR), Sofia Bertizzolo (Liv Racing), and Veronica Ewers (Team TIBCO – Silicon Valley Bank).

The quintet built a lead of just over three minutes, making Santesteban the virtual leader on the road for a short period, but a combination of Vollering’s SD Worx’s squad and the other teams working towards a sprint pulled things back to set up a fast finish into Felixstowe.

Once again the Valcar – Travel & Service team delivered an excellent lead-out for Balsamo, who placed second in Friday’s stage to Clacton-on-Sea. However, this time the world champion was able make good her team-mates’ work and round out her AJ Bell Women’s Tour debut with a win. 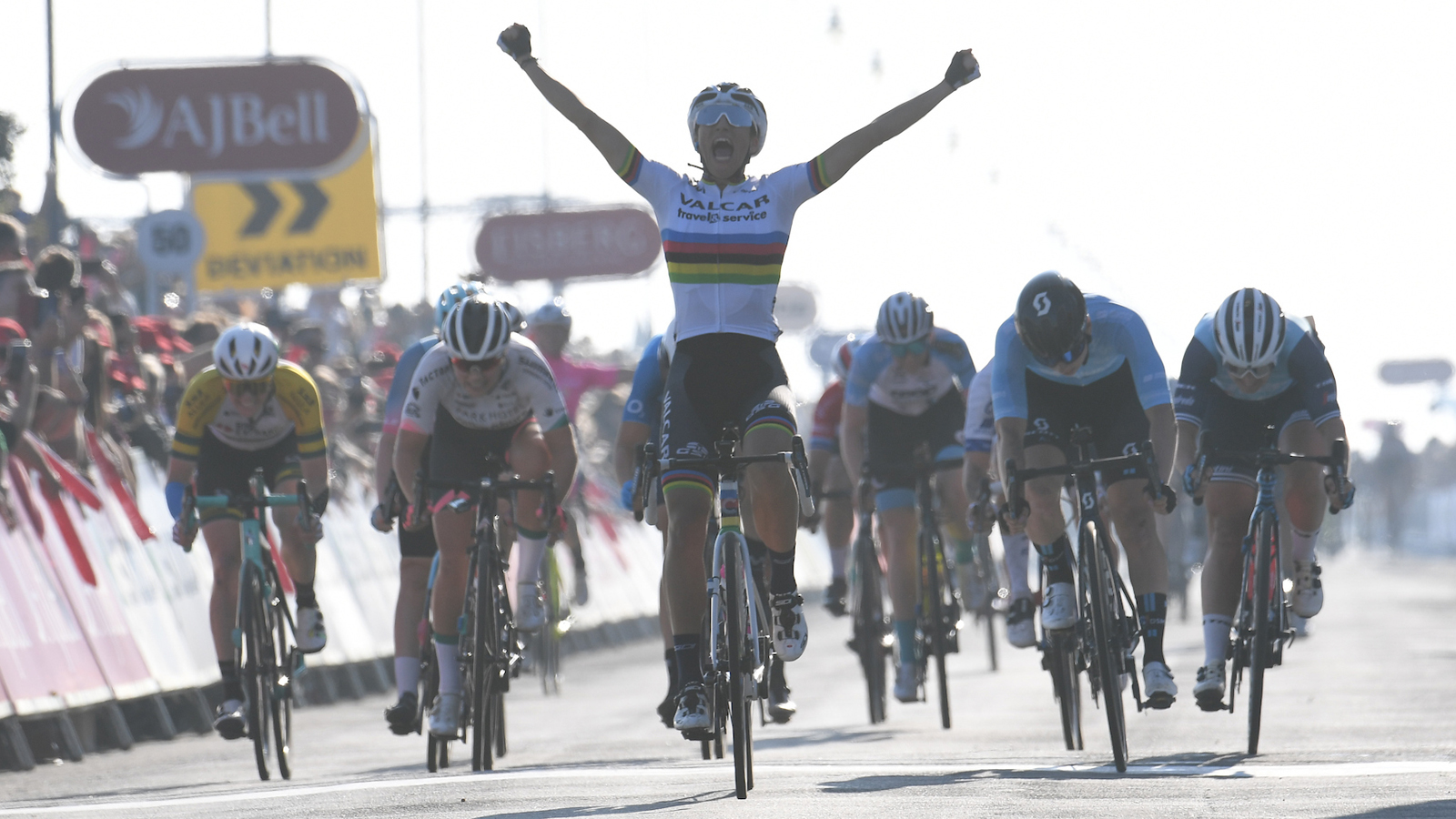 Elise Chabbey (Canyon SRAM Racing) won the ŠKODA Queen of the Mountains jersey for the best climber in the race while Nina Kessler (Team TIBCO Silicon Valley Bank) held on to take the Eisberg Sprints jersey, having led the competition since day one in Oxfordshire.

Click here for the final results from the 2021 AJ Bell Women’s Tour , presented by Brother UK.

Highlights of stage six are on ITV4 at 8pm on Saturday and available on demand via the ITV Hub.

The next edition of the AJ Bell Women’s Tour takes place between Monday 6 and Saturday 11 June 2022. Colchester will host the Grand Départ, while Oxfordshire will also host a stage.