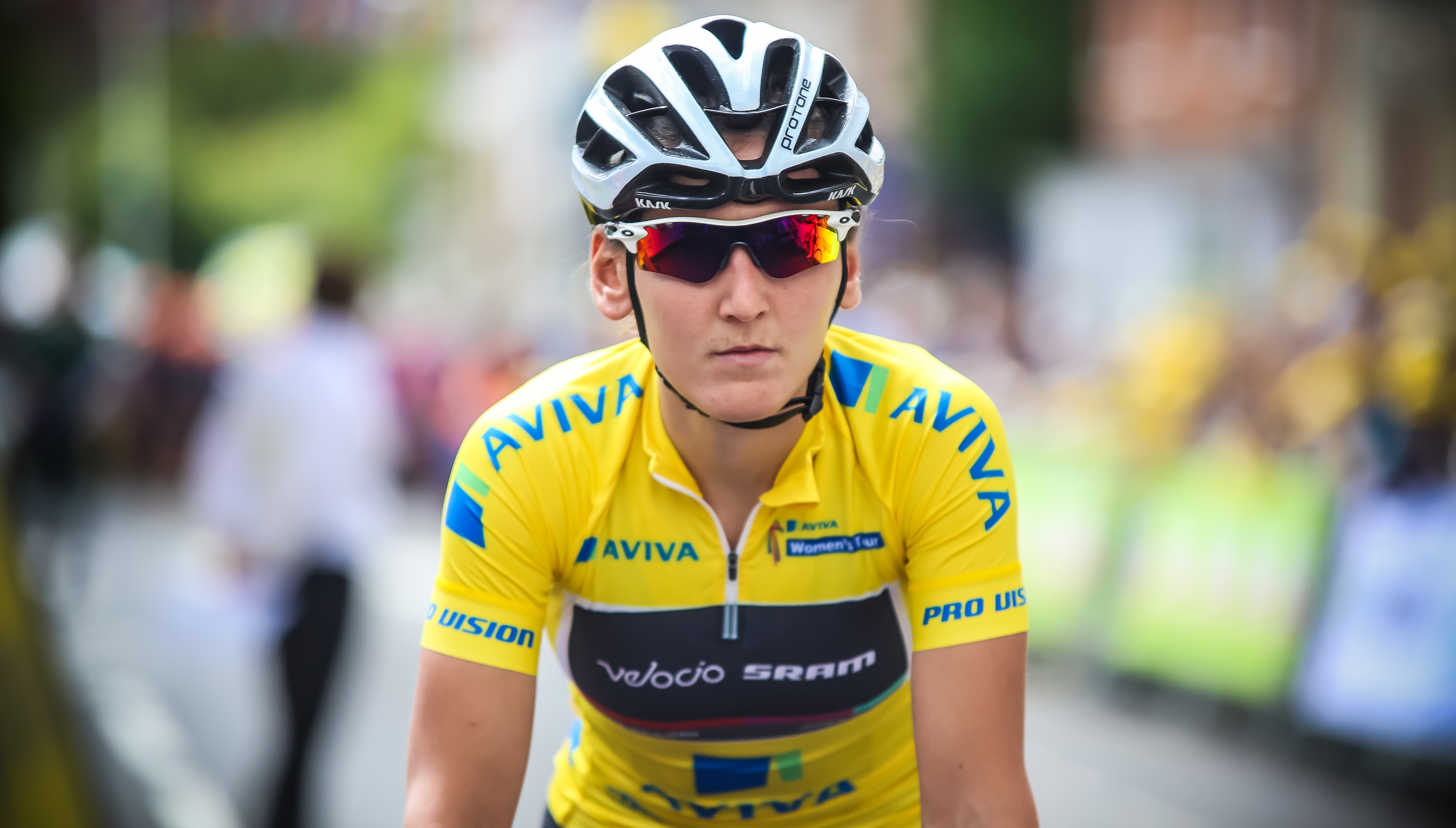 Defending champion Lisa Brennauer will return to the Aviva Women’s Tour leading the CANYON//SRAM Racing team and donning the number one placard, in the race that starts on Wednesday 15 June.

Defending champion Lisa Brennauer will return to the Aviva Women’s Tour leading the CANYON//SRAM Racing team and donning the number one placard, in the race that starts on Wednesday 15 June.

Brennauer won a stage and the Chain Reaction Cycles Points Jersey on her way to the overall Aviva Yellow Jersey in last year’s edition of the race.

The multiple World Champion has ridden in both editions of the Aviva Women’s Tour to date, and recently finished on the podium of the Energiewacht Tour in Holland, winning the Points Classification.

Speaking about her return to the Aviva  Women’s Tour, Lisa Brennauer said; “I'm looking forward to coming back to the UK for the Aviva Women’s Tour. It’s been thrilling racing in front of big crowds and an amazing atmosphere last year. When I think back of all the fans along the course, at the finish and the award ceremonies I’m still having goose bumps. The Aviva Women’s Tour quickly made her way to one of the biggest events in women’s cycling.”

Joining her in the CANYON//SRAM provisional line-up will be Northamptonshire’s Hannah Barnes, winner of the final stage in 2015 and both the Best British and Best Young Rider jerseys.

Commenting on the race, Hannah Barnes said; “I always love coming back home to race. You get a buzz being on roads you know and having friends and family there watching. I'm particularly excited about the final stage. Starting and finishing so close to home and on roads I know is special.”

Italian National Champion Elena Cecchini returns, having finished 10th overall in the first edition of the race in 2014, with former Omloop Het Nieuwsblad winner Tiffany Cromwell the fourth rider in the squad.

Completing the line-up will be multiple Belarussian champion Alena Amialiuski and Italian Barbara Guarischi, who finished second on the stage to Kettering in 2015, and won the Prudential RideLondon and Sparkassen Giro events in 2015.

Commenting on the provisional roster, Aviva Women’s Tour Race Director Mick Bennett said, “We look forward to welcoming Lisa Brennauer and her team back to the Aviva Women’s Tour in 2016 as a part of what is going to be a fantastic line-up for this year’s race.

“With Lisa, Hannah Barnes and the other riders in the squad, the CANYON//SRAM team have a very strong line-up for the Aviva Women’s Tour who we are sure will take the race to the other teams.”

Fans can look forward to highlights of each stage of the Aviva Women’s Tour on ITV4 each evening, with repeats the following daytime and all programme’s available on demand via the ITV Player.