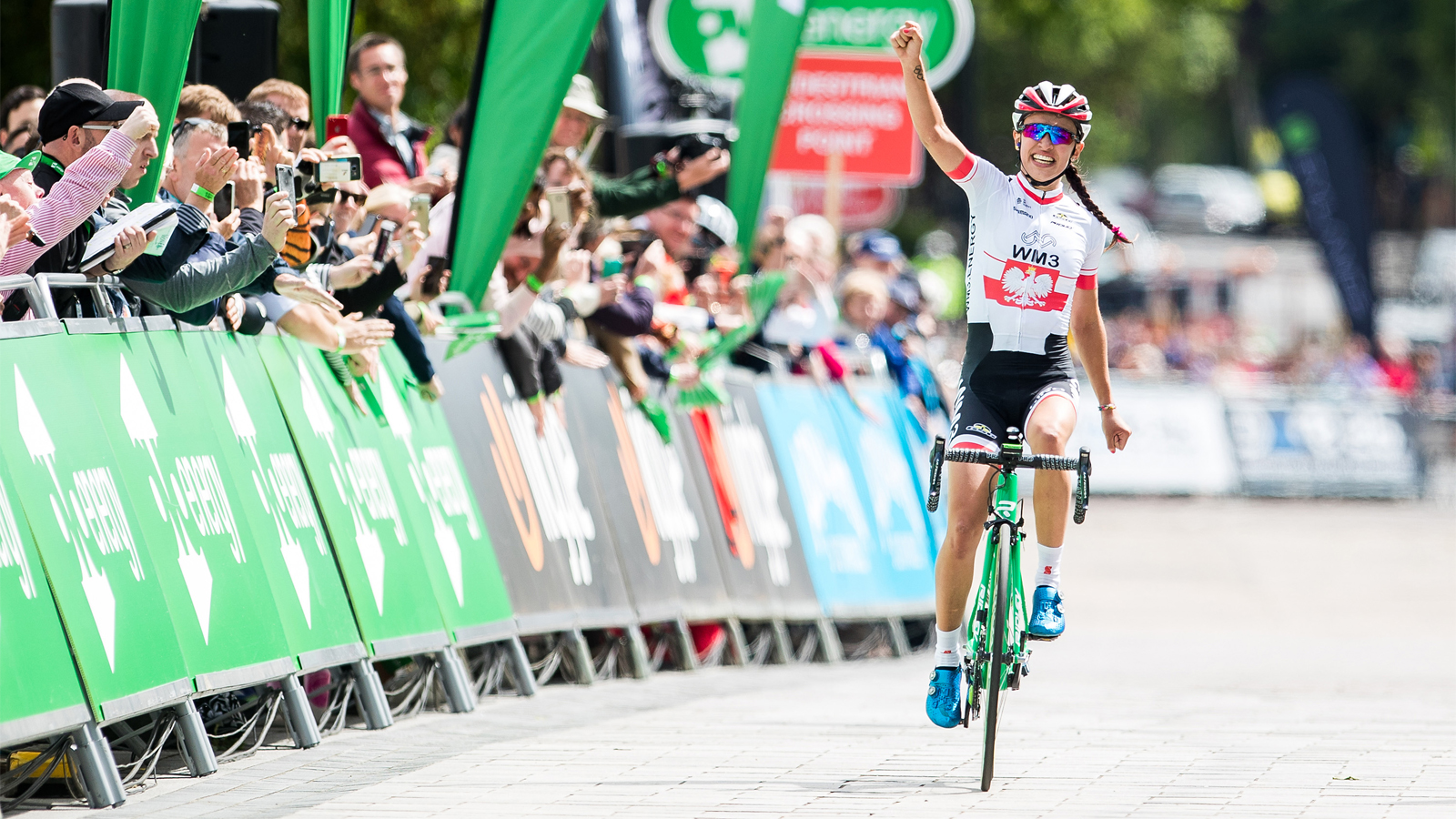 Kasia Niewiadoma, winner of the 2017 OVO Energy Women’s Tour, will return to defend her title in the five-day race that begins in Framlingham, Suffolk, on Wednesday.

Kasia Niewiadoma, winner of the 2017 OVO Energy Women’s Tour, will return to defend her title in the five-day race that begins in Framlingham, Suffolk, on Wednesday.

The 23-year-old Polish rider, who led last year’s edition of Britain’s most prestigious women’s cycle race from start to finish, will seek to become the first rider in the event’s history to claim back-to-back victories.

She became an instant fan favourite 12 months ago when she soloed to win Stage One in Kettering by nearly two minutes. Her bond with Laura Hunter, who wrote the personalised message on the Breast Cancer Care Pink Ribbon every rider received ahead of last year’s race, also endeared her to British supporters.

She will be joined at the OVO Energy Women’s Tour by Alice and Hannah Barnes; the participation of the Northamptonshire siblings was announced on Wednesday.