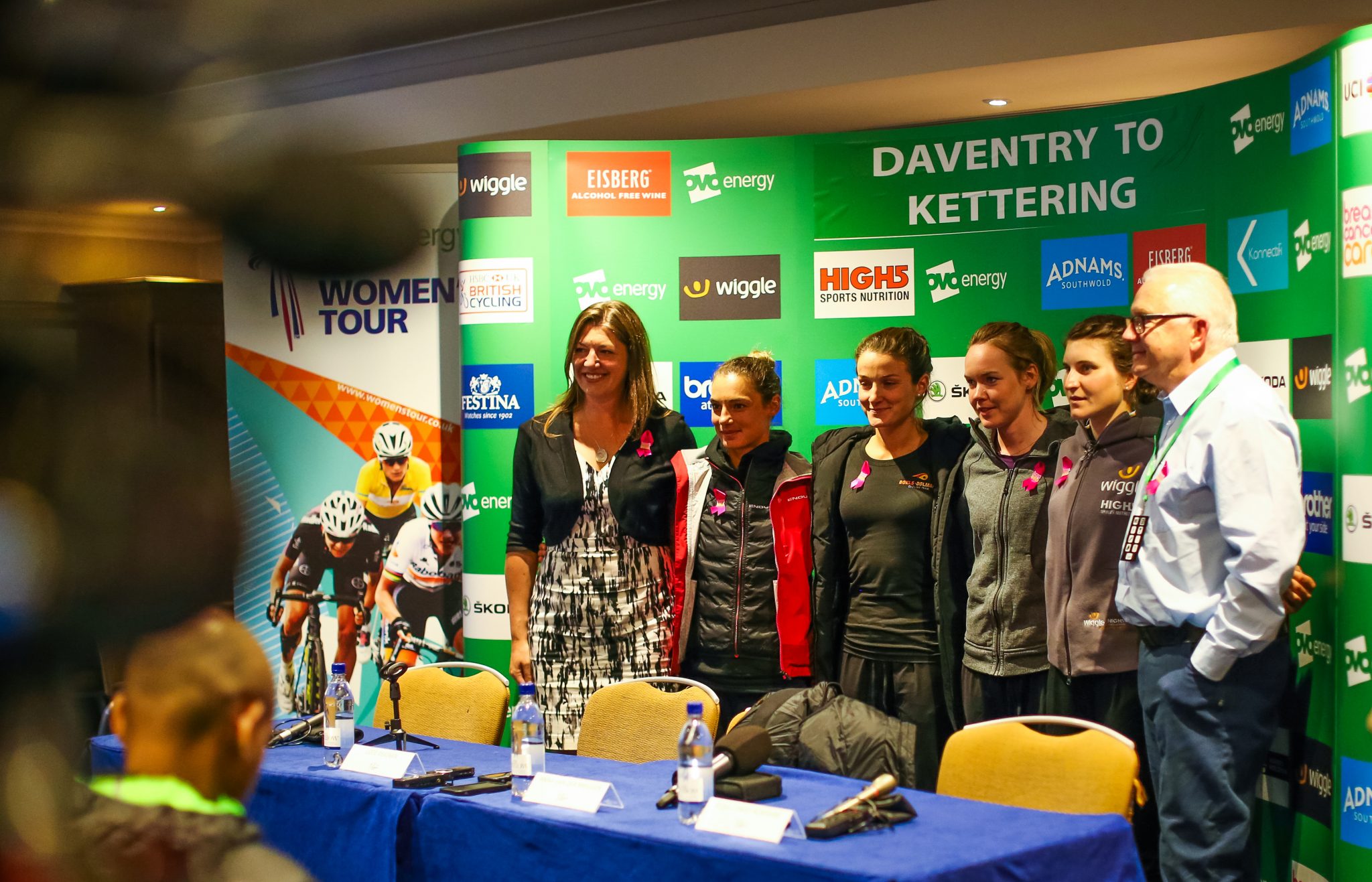 Lizzie Deignan, the defending champion of the OVO Energy Women’s Tour, headlines the start list for the 2017 edition of the UCI Women’s World Tour event that gets underway in Daventry, Northamptonshire tomorrow, Wednesday 7 June.

Lizzie Deignan, the defending champion of the OVO Energy Women’s Tour, headlines the start list for the 2017 edition of the UCI Women’s World Tour event that gets underway in Daventry, Northamptonshire tomorrow, Wednesday 7 June.

“I’m very excited. It’s always a privilege for me to race at home in such a prestigious event. It’s developed into a race that everybody targets,” said Lizzie Deignan speaking ahead of the race start.

“I’m not very good at stage races normally; having the home crowd and a very strong team helped me achieve that victory last year. To be able to win a stage race on home soil was special.”

“I’m impressed with how it’s organised. All the time you see schoolchildren and people watching. That’s pretty different compared to Holland. I think seeing this stage race, it’s getting bigger and bigger. We don’t have many stages races and those that we do have been on the calendar for many years, so it’s really cool to have this new event develop at such a high level.”

In total nine of the world’s top ten riders are on the OVO Energy Women’s Tour startlist, with Deignan joined by two previous former winners of the race, Marianne Vos and Lisa Brennauer.

The full start list for the OVO Energy Women’s Tour can be found here. Stage One of the OVO Energy Women’s Tour takes place in Northamptonshire, over 147.5-kilometres between Daventry and Kettering.  The stage starts from Daventry town centre at 11:00, with intermediate Eisberg Sprints at Desborough and Oundle and SKODA Queen of the Mountains climbs at Haselbech and Rockingham Hill outside Corby, with an estimated finish in Kettering town centre at around 15:00.

Following stages take place in Stoke-on-Trent and Staffordshire (Stage Two, 8 June), Warwickshire (Stage Three, 9 June) and Derbyshire (Stage Four, 10 June) before the final stage on Sunday 11 June at the heart of London.  Ahead of the final day 800-women will also take to the same circuit as the professionals in a special 25-kilometre ride in aid of Breast Cancer Care.

Claire Pulford, head of events at Breast Cancer Care says: “As the official charity partner for the OVO Energy Women’s Tour, Breast Cancer Care is delighted to be at the start line of what is the most prestigious women’s cycling event in the world. To mark the 25th anniversary of the pink ribbon each of the pro cyclists has received a pink ribbon with a motivational message from a woman who has experienced breast cancer in her life.

“With our own Pink Ribbon Tour event coinciding with the final leg of the race in London on 11 June, we are encouraging people up and down the country to join us; get on their bikes, and cycle for those affected by breast cancer. Whether you ride solo or with friends and family, it’s a great way to raise money and show your support.

“People can register their own event via our website or find out about other local rides taking place across the UK here.”

Highlights of the opening stage of the OVO Energy Women’s Tour are on ITV4 at 23:00 on Wednesday 7 June, with a repeat at 09:55 the following morning on the same channel.  The highlights will also be available on demand via the ITV Hub catch-up service.