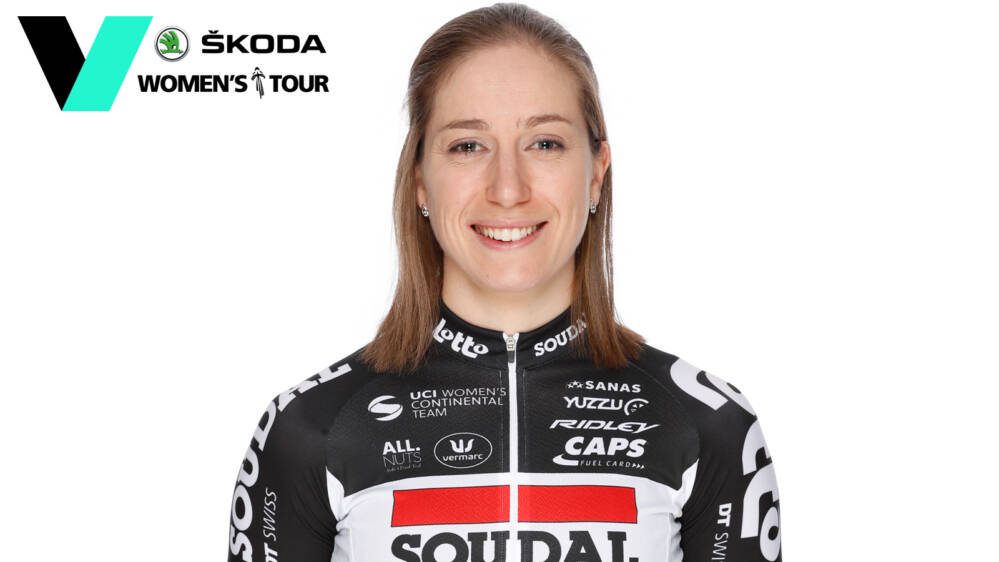 Christmas headed home fellow Brits Illi Gardner (CAMS-Tifosi) and Amelia Sharpe (Team Breeze) as a group of just under 20 riders contested victory in Bury St Edmunds at the end of the 38.4km stage

With a fast pace throughout the starting peloton of 52 riders was steadily whittled down but with no individual moves sticking on the largely flat course, that was used in the real world by the Women’s Tour in May 2014. Christmas made a move in the closing kilometres but was reeled back in, meaning that 32-year old had to try again in the bunch sprint, which test event winner Lizzy Banks (Bigla Katusha) had looked set to win until the final metres.

“The legs were nipping a bit at the end but it was fun to do,” said Dani Christmas while warming down. “It was hard from the start and you really have to pay attention as as soon as there is a small gap you really have to push a few watts to get back to the bunch. I think there were a few people caught out that way.”

Lotto Soudal Ladies team manager Liesbet de Vocht praised her rider, saying, “She put so much effort in to this to making everything work the past few days and did a lot of races to test the RGT programme so she was very motivated.”

With the front group finishing all together, Christmas has a slender lead heading to a hillier second stage on Thursday evening, with the majority of riders still within a handful of seconds. 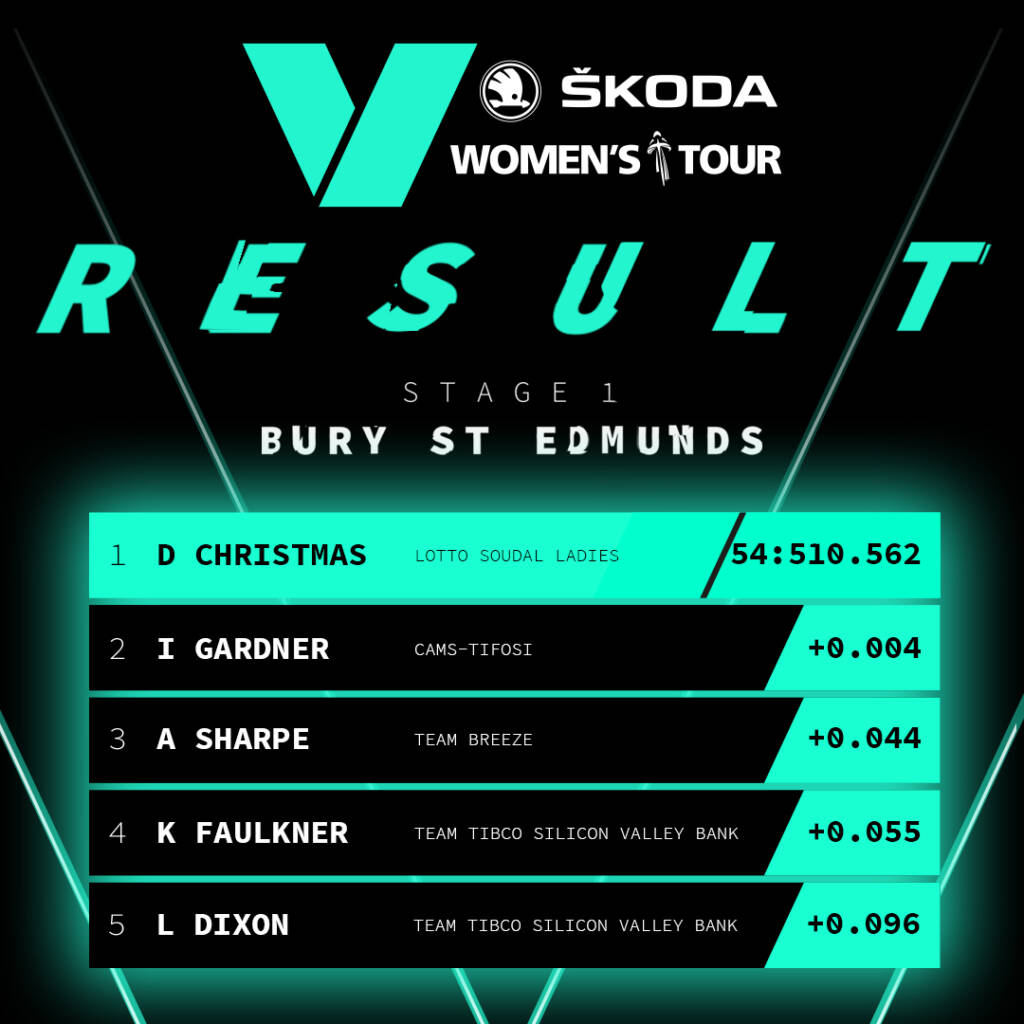 The ŠKODA V-Women’s Tour resumes with a hilly second stage of 35.7km around the climb of Burton Dassett in Warwickshire at 19:00 BST on Thursday 18 June, including a hill-top finish.

Following each stage of the ŠKODA V-Women’s Tour members of the public also have the chance to ride the three routes with a suggested donation of £5 to raise money for Breast Cancer Now and Mind. Find out how to Ride with Us here.