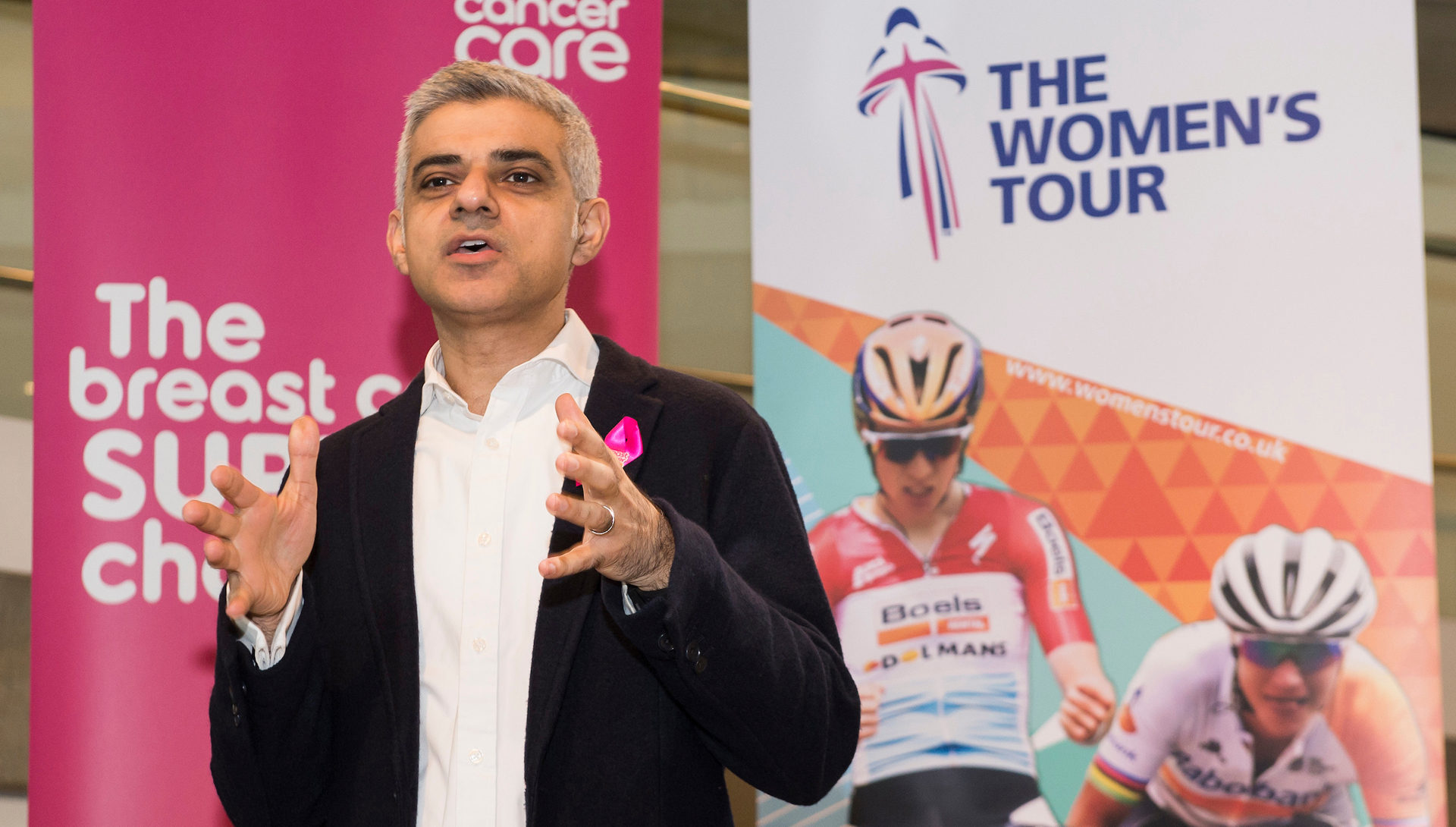 It’s now been a week since the launch of the 2017 Women’s Tour, with a fantastic response to the news that the event will be finishing in the heart of London for the first time on Sunday 11 June.

It’s now been a week since the launch of the 2017 Women’s Tour, with a fantastic response to the news that the event will be finishing in the heart of London for the first time on Sunday 11 June.

Joining us for the announcement at City Hall with the Mayor of London Sadiq Khan and Olympic Gold medallist Katie  Archibald were the likes of BBC Sport, BBC London, ITV London and London Live, plus LBC and Heart Radio.

There was plenty more coverage in print and online too, with the cycling and national sports media such as the BBC, Guardian and Sky Sports all running the story, including the fantastic pictures of the Mayor, Katie and Drops rider Abi Van Twisk in front of Tower Bridge.

On social media too there was an outpouring of excitement as fans looked forward to the five-stages of this year’s route and began to plot where they could see all of the world’s top 15 teams in action.

Tweets from @thewomenstour recorded over 220,000 impressions while posts from our Facebook page reached over 65,000 people with more than 10,000 engagements with our posts through likes, shares and comments.

Across Twitter, Facebook and YouTube there were over 20,000 video views of The Women’s Tour launch content.  If you’ve not yet checked out our videos from the morning, including hearing from the Mayor of London and Race Director Mick Bennett’s predictions, you can do so in this Playlist here.

Wednesday also saw us launch our new charity partnership with Breast Cancer Care, which will help the charity celebrate 25-years of the pink ribbon, as they turn London pink on Sunday 11 June.

In addition to all of the usual celebrations around the final stage of The Women’s Tour there will also be the Pink Ribbon Ride, giving 1,000 cyclists the chance to ride 25-kilometres on the same circuit as the professionals.  For more information, please click here.

For those not in London we also have The Tour Ride Northamptonshire on Sunday 18 June as another chance for cyclists to get on their bikes and get involved, with over 500 riders expected to pass under The Women’s Tour arch as they enjoy one of three routes in Northamptonshire. Entries are open now here.

And don’t forget, wherever you want to watch, VIP Hospitality for Starts and Finishes, including our amazing finale is on sale now.

Entering its fourth year, and second as a UCI Women’s WorldTour event, The Women’s Tour continues to grow, now being widely acknowledged as the world’s leading women’s race.

As a result this offers a terrific opportunity for partners to come on-board with the event and gain tremendous brand awareness whilst helping the race continue to go from strength-to-strength.

New partners so far for The Women’s Tour in 2017 include Wiggle, who are proudly adding to their support of women’s pro cycling by partnering the Points Jersey, and leading alcohol free wine brand Eisberg, who will sponsor the Sprints Jersey.

Further partnership opportunities across The Women’s Tour are still available at all levels for brands and partners who want to be a part of the action and be associated with this world-leading women’s race.  For anyone wanting to know more, please contact SweetSpot Commercial Director Alastair Grant on a.grant@thetour.co.uk or via 01932 831 485.