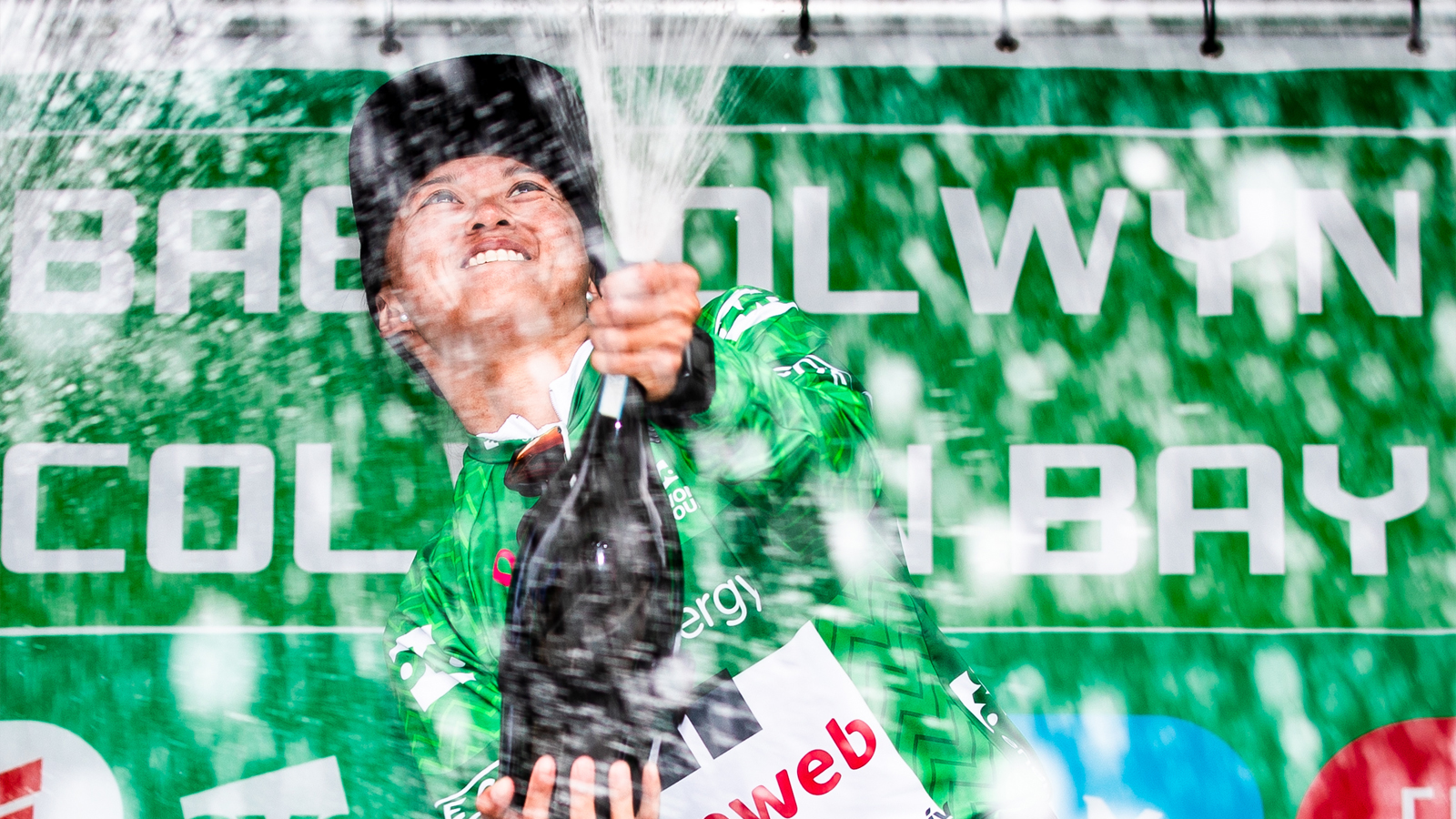 OVO Energy Women’s Tour winner Coryn Rivera was named the Sharon Laws Rider of the Year at the Rouleur Classic in London on Thursday night.

OVO Energy Women’s Tour winner Coryn Rivera was named the Sharon Laws Rider of the Year at the Rouleur Classic in London on Thursday night.

Team Sunweb’s American rider, who became the first non-European rider to win the prestigious UCI Women’s WorldTour race in June, was presented with her prize at a star-studded event. The award was voted for by the public.

“It’s incredible, it feels like I won a Grammy,” she said. “The Women’s Tour is always super tight, super close, but we invested early on in the intermediate sprints as the race always comes down to seconds. That’s what makes it so unpredictable.

“With a stage win it’s a crazy feeling putting your arms in the air. But with a GC victory you look back and you think ‘woah, I really did that!’. It’s really cool – I’ll be back for more!

“The entire week we were never under pressure, we never panicked – it was never easy, but it could have been harder! I never really envisioned myself as a GC winner, so I owe it to the girls for the hard work they put in to keeping that jersey.”

Watch Coryn Rivera claim her Sharon Laws Rider of the Year trophy and reflect on her 2018 season in Voxwomen’s video.

Coming up on the Rouleur Facebook page: The winner of the 2018 Sharon Laws Road Rider of the Year. Will it be Coryn Rivera, Amanda Spratt, Anna van der Breggen or Annemiek van Vleuten? Watch live from the Rouleur Classic

Posted by Rouleur on Thursday, November 1, 2018