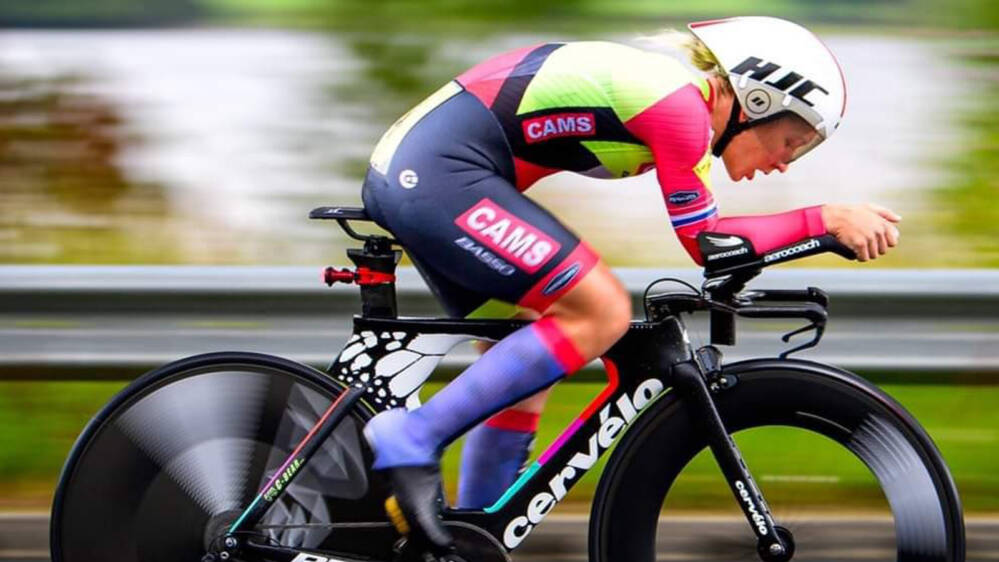 Commonwealth Games bronze medallist Hayley Simmonds (CAMS – Basso) will be targeting the first-ever individual time trial to be held in the AJ Bell Women’s Tour when the race arrives in Atherstone, North Warwickshire, on Wednesday (6 October).

Commonwealth Games bronze medallist Hayley Simmonds (CAMS – Basso) will be targeting the first-ever individual time trial to be held in the AJ Bell Women’s Tour when the race arrives in Atherstone, North Warwickshire, on Wednesday (6 October).

The 16.6-kilometre (10.3-mile) test against the clock starts on Long Street in Atherstone town centre, heading via Coleshill Road to Bentley and Birchley Heath before returning via Mancetter to the finish on Sheepy Road.

“It’s meant to be a nod to classic British 10-mile time trial but my feeling with the course is that the only aspect which is a nod to the class British time trial is the fact that it’s 10 miles,” said Simmonds following her course recce last week.

“It’s going to be a challenging one but probably quite a fun course it’s not the standard ‘out and back’.  It’s up and down and twisty and has a real mix of road surface and rural parts versus parts in Atherstone itself.”

Simmonds won a bronze medal in the 2018 Commonwealth Games in the individual time trial and is also a double British national champion in the discipline.  So far in 2021 she has won four time trials including the National 10-mile championship in August.

The 33-year-old, who is originally from Redditch, headed to Atherstone with a week to go to practice on the course, explaining: “I like recceing courses for time trials before racing on them as I often find it takes me a couple of laps to get the hang of them and remember where all the turns are.  I don’t think you can pick it up quite as well just driving it, I definitely prefer to ride it.”

Further details of the stage three individual time trial in Atherstone can be found here.