Canyon//SRAM Racing collected their first Women’s Tour team classification in Oxford yesterday, rounding out a week that saw them take an overall podium and two further riders in the top 10.

Canyon//SRAM Racing collected their first Women’s Tour team classification in Oxford yesterday, rounding out a week that saw them take an overall podium and two further riders in the top 10.

Impressively, Swiss rider Elise Chabbey also defended the ŠKODA Queen of the Mountains jersey that she first won in 2021.

The squad also picked up six top fives during the week, earning their visit to the podium in Oxford and the expected champagne shower!

Here’s how the riders reacted:

“I’m feeling satisfied with the GC podium. It was our goal to be on the podium and we achieved that. The tour was nice in the way that we were very committed and focused every day. We learned quite a lot about what we need to improve on in order to get to the top step. I strongly believe we are capable of winning the stage and we aim to get it next time.

“With Elise getting the mountain jersey, Shari getting a podium, Mikayla being present in the breakaways, Alice and Tiffany controlling our place in the peloton, overall it was just a really nice week with a full team effort.

“It’s really nice to finish the tour with the GC podium and the [ŠKODA] mountain jersey. The whole team was committed and so motivated every day to achieve the best. When the atmosphere is like that it’s easy to give our best. Our teamwork and spirit were rewarded with the best team classification. We also know where we can improve, especially in the lead out, but we take a lot of positives from this tour!” 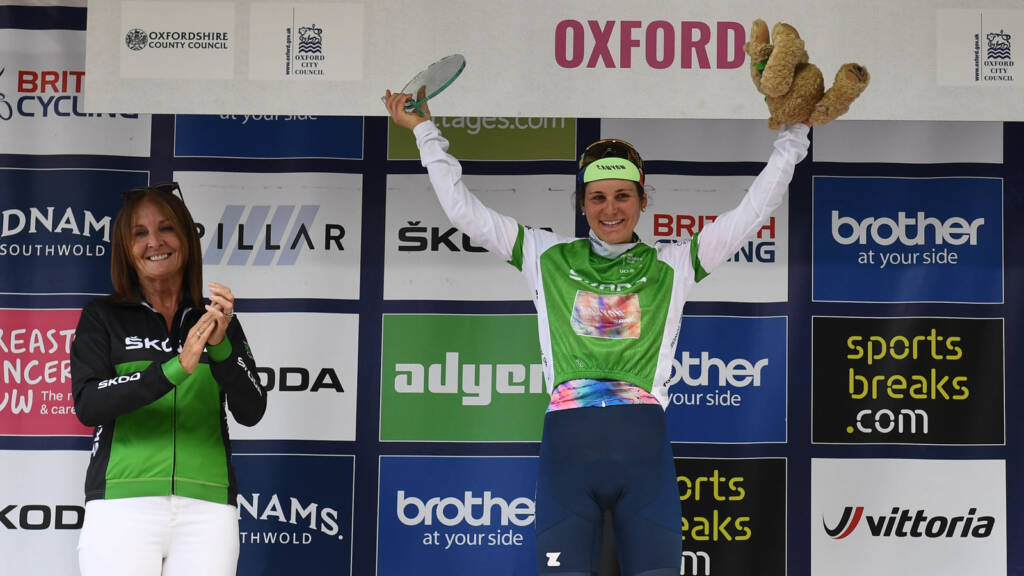 “I am happy with the tour. I spent the past three stages in breakaways and I really enjoyed being out the front of the race. I find the peloton quite stressful so being off the front is much better for me. The team as a whole rode very well. It was impressive to see everyone commit to stage performances and the [ŠKODA] QOM jersey.

“The battle for the overall GC was a big challenge and we tried everything in the final stage. However, we can all be happy with third in the GC and the best team!”

“I think when I look back at the last six days, I can be quite satisfied with what I have been able to achieve. None of this would have been possible without the team. I’m very grateful to them for wanting to support me this week and we had a great team spirit. We achieved the [ŠKODA] mountain jersey with Elise, third in the GC with Kasia, and on top of that, we won the team ranking. My personal highs were my first World Tour podium and the next day finishing fourth on a difficult course. We should all look back on these difficult six days with great satisfaction!”

“Overall the tour was good for the team. We had a strong group and we committed to the plan each day. Even with some things to improve on, we took home three podiums so it shows us what more potential we have. The combination of Kasia and Elise is really strong at the moment.

“I was happy with how I rode. felt strong and was able to back up day by day in the tour and could help towards the team plan each day. Luckily the crash at the start of the week didn’t affect me too much.

“Collectively, there was a good spirit in the team. We gave everything to put Kasia and Elise in the best position in the early stages and then we went all-in for the GC for Kasia. We achieved the small goal of the mountain jersey and then getting the team GC shows the strength of the team. Overall, a positive week for myself and for the team.”

“It’s been a really tough tour with a lot of different and challenging stages. We have raced really well as a team and have learnt a lot this week. I am happy to have been able to work for my teammates leading into climbs and helping with positioning in the hillier stages. I haven’t felt great the last couple of days due to my cycle but have definitely kept fighting.”