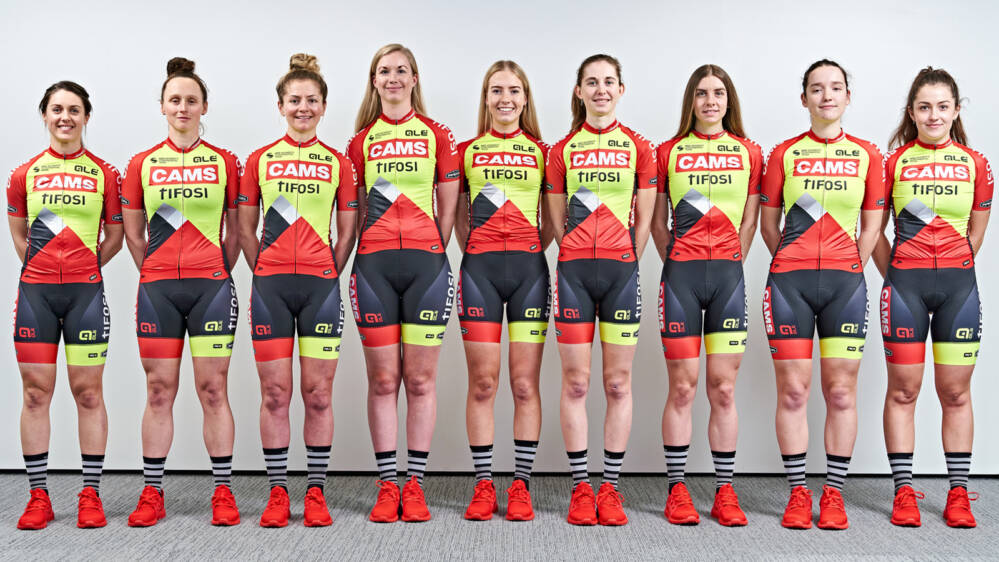 Britain’s CAMS-Tifosi squad will mark their inaugural season as an international team by taking part in the 2020 Women’s Tour, the seventh edition of the UK’s flagship female cycle race.

Britain’s CAMS-Tifosi squad will mark their inaugural season as an international team by taking part in the 2020 Women’s Tour, the seventh edition of the UK’s flagship female cycle race.

The announcement of their participation, which makes them the first of the 18 competing teams to be publicly confirmed, coincides with the launch of the 2020 race’s opening stage, which starts in Bicester, Oxfordshire.

CAMS-Tifosi rider and Oxfordshire native Katie Scott joined local stakeholders and partners to unveil the stage at an event at Garth Park in Bicester on Thursday 13 February.

“We’re delighted to welcome CAMS-Tifosi to the Women’s Tour for the first time in 2020, with their invitation celebrating their progression and development as a team over recent seasons,” said Women’s Tour race director Mick Bennett.

“I’m excited to see what their all-British line-up will achieve in what promises to be another action-packed edition of the UK’s leading women’s cycle race.”

CAMS-Tifosi team manager Simon Howes said: “Inclusion in the Women’s Tour is a huge achievement for everyone involved in the team, especially in our first year of being a UCI-registered team. As an all-British team it’ll be a terrific opportunity for us to showcase our riders’ potential and for the British public to show their support for us. Being on the start line will be a proud moment for racers, support staff and sponsors.”