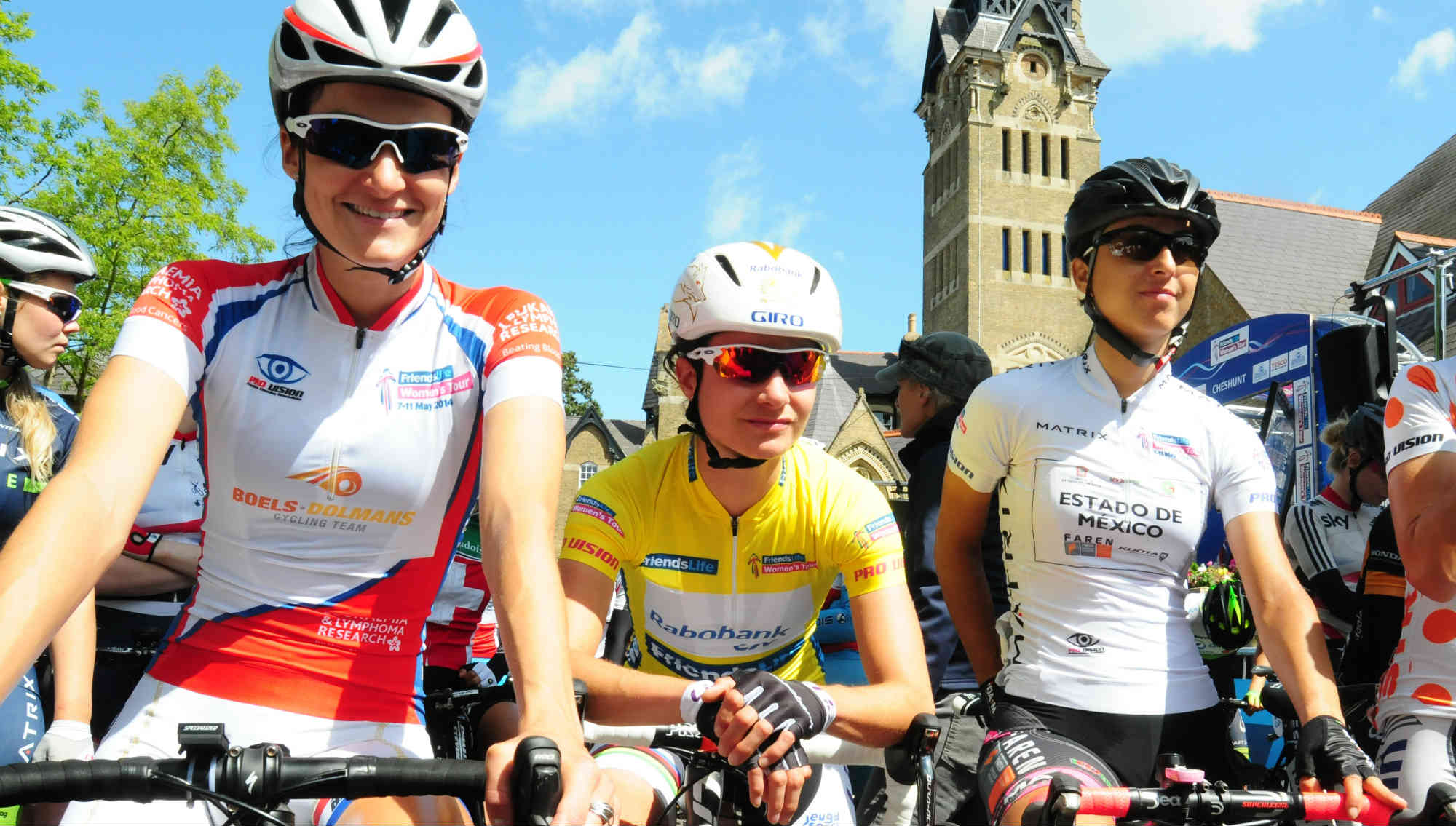 The Friends Life Women’s Tour will return to Hertfordshire this summer, for the penultimate day of action as Stage Four heads from Waltham Cross to Stevenage on Saturday 20 June.

The Friends Life Women’s Tour will return to Hertfordshire this summer, for the penultimate day of action as Stage Four heads from Waltham Cross to Stevenage on Saturday 20 June.

Following the success of last year’s stage start from Cheshunt, during which Wiggle Honda’s Olympic Champion and local rider Laura Trott officially opened the leisure centre named in her honour, Broxbourne Borough Council will once again host a stage start, this time in the centre of Waltham Cross.

Stevenage will be making its debut as a venue for what is only the second year of one of the world’s leading women’s races, with the town hosting the finish of Stage Four.

In 2014 Stage Four of the race passed close to the Stevenage, on route to Welwyn Garden City, in a stage won by Marianne Vos on her way to overall victory.

Further details of this year’s Stage Four route will be announced in the coming weeks.

Leader of Broxbourne Council, Mark Mills-Bishop, is pleased that the race will again travel through the Borough of Broxbourne, saying;

“The inaugural Friends Life Women’s Tour was a huge success and we’re delighted to be involved once again. I hope our residents will come out to support the cyclists and will be inspired to get on their own bikes and keep fit.”

“Stevenage, the UK’s first new town, has an incredible sporting heritage and, with more than 45km of cycle track, is one of the country’s best towns for cycling. So it is fitting that we are set to host this exciting event. I look forward to joining fellow Stevenage residents and local sporting groups in welcoming the cyclists on 20th June.”

The second edition of the Friends Life Women’s Tour takes place from Wednesday 17 – Sunday 21 June, again taking place over five stages with daily highlights from ITV4.  Suffolk will host the opening leg of the race, which will head from Bury St Edmunds, where the 2014 Tour finished, to Aldeburgh on the Suffolk Coast.

“Last year’s stage through Hertfordshire saw some of the biggest crowds of the entire race and an exciting route, so we are pleased to be able to return.  We are working with both our partners in Broxbourne and Stevenage to create another exciting stage and look forward to being able to share more details.”