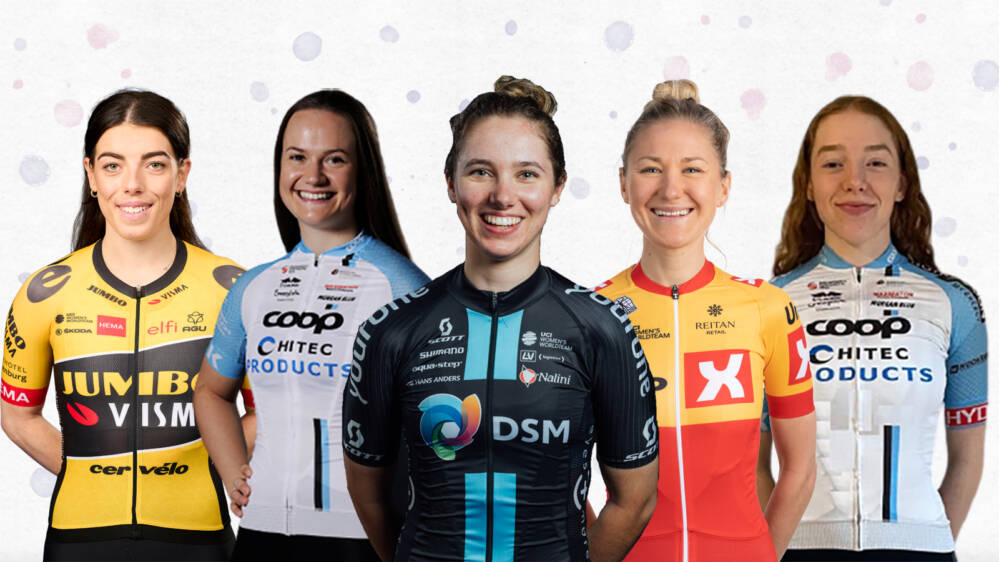 Georgi, who won her national title at Lincoln in October, finished eighth overall on her debut in the Women’s Tour last year and went close to winning stage two in Walsall with a late attack.

The Team DSM rider will be racing on home roads on stage three when the race visits Gloucestershire for the first time. The 21-year-old lives in Breadstone, a short distance south of that day’s finish in Gloucester’s historic docks.

Georgi said: “I’m really excited to be racing at the Women’s Tour this year as it’s always special racing on home roads and even more so being able to wear the national champion’s jersey. I’m particularly looking forward to stage three, which finishes very close to my home, so I’ll be racing on a lot of my local training roads and I know a lot of my family will be there to watch!”

Former British road race champion Jess Roberts (Team Coop – Hitec Products) will also be on the start line at the Colchester Sports Park for stage one. Starting this year’s event will mark Roberts’ debut in the six-day race. Stage five, which runs between Pembrey Country Park and the Black Mountain, will take place entirely in her native Carmarthenshire.

She said: “The Women’s Tour is one of the races I’ve always really wanted to do. I was meant to do it in 2020 but obviously couldn’t because of the pandemic, and then last year I wasn’t able to ride because of injury.

“I’m really excited to be on the start line this year with Team Coop – Hitec Products. I’m particularly excited for stage five, which goes along my home training roads. It will be really special to race on them, and my family will be able to watch too! It’s definitely going be a tough stage, that’s for sure!”

Roberts’ Team Coop – Hitec Products team-mate Josie Nelson also returns to the race next month. Runner-up to Georgi in last year’s British championships, Nelson finished in the top 15 of all but one stage of the 2021 Women’s Tour on her debut aged just 19.

Also confirmed to ride is Team Jumbo – Visma’s Anna Henderson, for whom the 2022 tour will represent a race debut. The Hertfordshire rider (23) beat Lowden to win the British time trial championships last October and took her biggest international victory of her career to date at the Festival Elsy Jacobs stage race in Luxembourg last month.

She said: “I am really looking forward to this race on home soil. It’s been a while since I raced in my own country and it’s very special to be here with my team mates knowing my friends and family will be cheering for us.”

Update – Monday 23 May: Katie Archibald (CERATIZIT – WNT) will not be able to race in the event. A team statement read: “Katie has had a tough time with injuries of late: shoulder surgery in December, back fractures in March, concussion, broken collarbone, and another shoulder surgery in April.  Though the Women’s Tour was a planned season goal for her, we are waiting until she is 100% recovered to confirm her start for any races.”

The race will conclude in Oxfordshire on Saturday 11 June with a stage between picturesque Chipping Norton in the Cotswolds and the heart of historic Oxford.