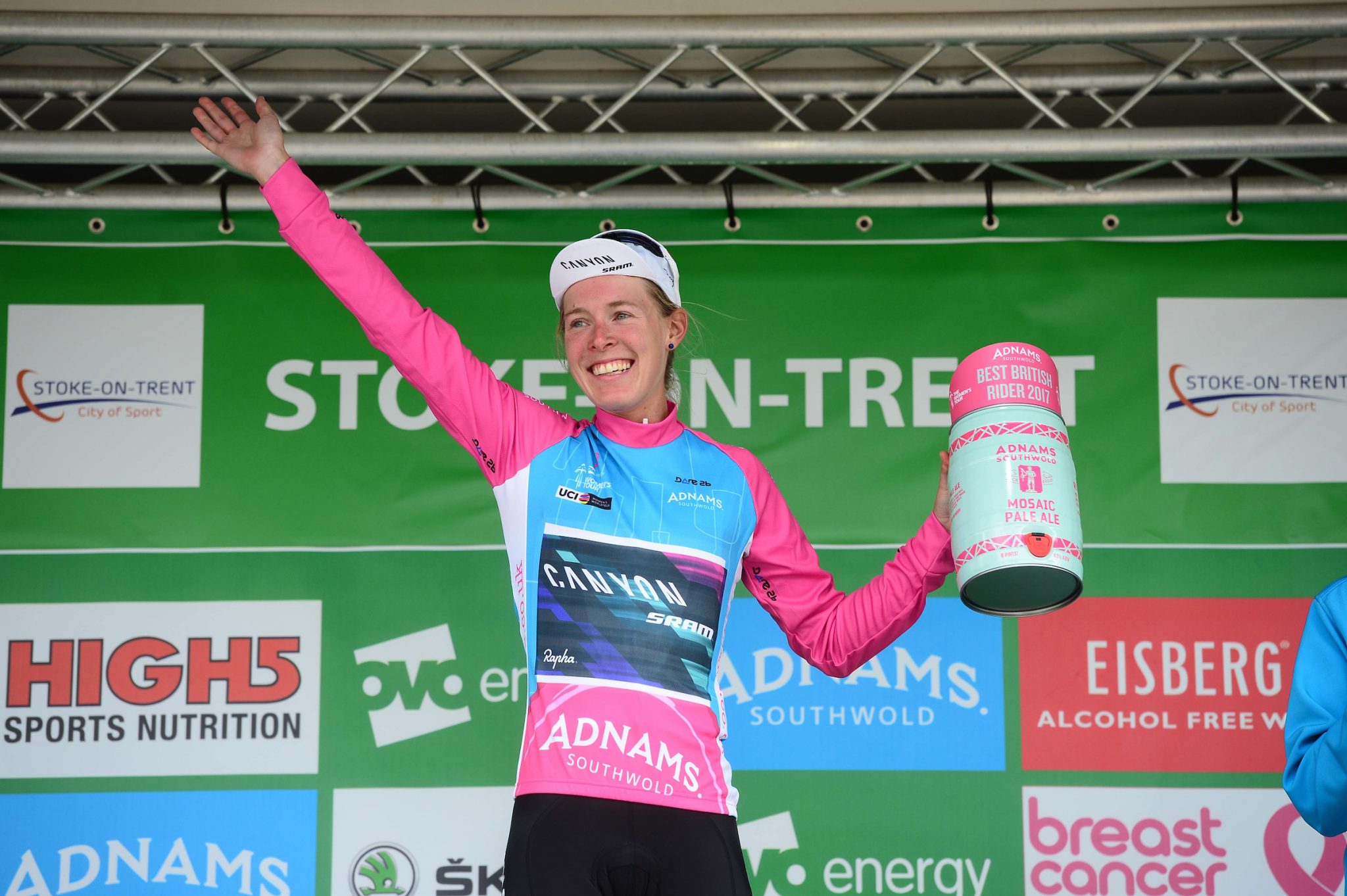 Canyon//SRAM rider Hannah Barnes sprinted to second place in Stoke-on-Trent after a gruelling 144.5km Stage through the Staffordshire countryside.

Canyon//SRAM rider Hannah Barnes sprinted to second place in Stoke-on-Trent after a gruelling 144.5km Stage through the Staffordshire countryside.

Despite that brilliant result that moved her up to 3rd in the overall General Classification, the 24-year-old revealed that there was still a tinge of disappointment that hse couldn’t have gone one better.

“It’s bittersweet. I’m really pleased to be up there in the finish, it’s been a long time since I’ve been able to be aggressive and get a good placing like that. But I’d have loved to have finished off the team’s good work today with a win.”

Despite having moved into the top three in the battle for the OVO Energy Green Jersey Barnes claims that it won’t change her teams approach to the final 3 Stages.

There certainly won’t be a change in focus to the team working to solely protect her.

“We’ll still be targeting stage wins. If you get good placing’s in the stages here the GC takes care of itself, especially with the time bonuses. The stages are really important for us; we’re treating them one-day races, if you like, and I don’t think that will change.” Having said that though, tomorrow’s Stage into Royal Leamington Spa offers another favourable finish for the British Road Race Champion and an opportunity to improve on today’s individual result.

“It’s pretty much a 100m straight flat road into Royal Leamington Spa to finish. We’ve also got Lisa [Brennaeur] who is good at those finishes, too, so we’ll be going into it with a positive approach. 150 kilometres is a long stage, anything can happen.”

Tomorrow’s Stage through Warwickshire will see the Canyon//SRAM rider pull on the Adnams Best British Rider Jersey as a result of her move up the General Classification as she swaps the National Champion’s stripes.

“I love wearing my national champion’s jersey. It’s one that all the fans look for any every time I put it on I’m really proud. But the Adnams Best British Rider jersey is also really special, so it’s not a bad swap for tomorrow’s stage!”