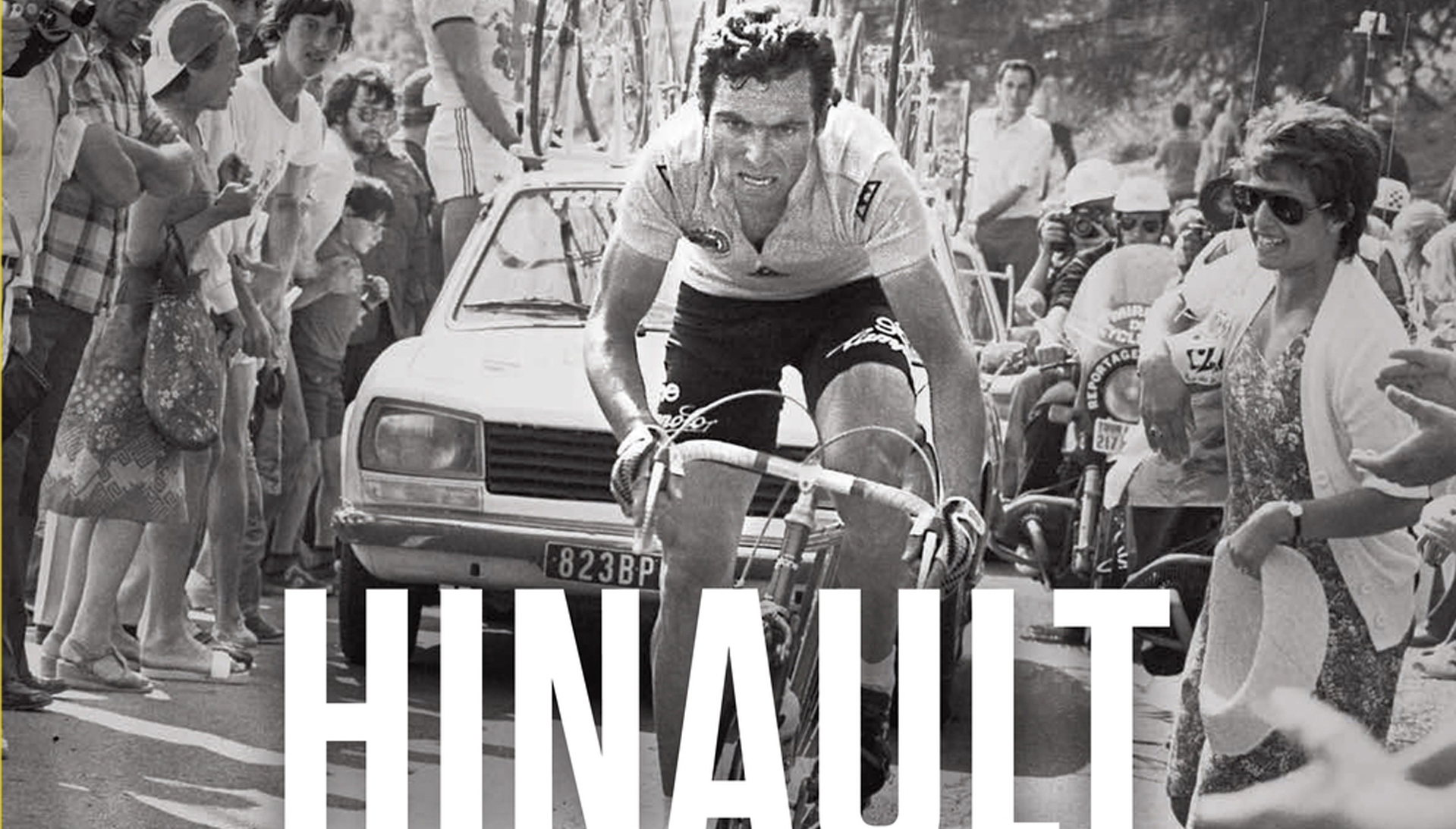 Our popular cycling book reviews by Brendan Gallagher return for 2015, with this the first review of the year looking at a new coffee table book about the career of five-time Tour de France winner Bernard Hinault.

Our popular cycling book reviews by Brendan Gallagher return for 2015, with this the first review of the year looking at a new coffee table book about the career of five-time Tour de France winner Bernard Hinault.

Starting off 2015’s book awards from Brendan Gallagher is this new look at the career of Bernard Hinault, featuring an introduction from French journalist Philippe Brunel and a foreword from Hinault himself.

And if you want to find out more about the SweetSpot Cycling Book of the Year Award, won in 2014 by Nicole Cooke’s The Breakaway, and links to previous book reviews, please click here.

Hinault, by Ruben Van Gucht
Out Now, Published by Bloomsbury, £40
Review by Brendan Gallagher
Available in all good book stores and online here from Amazon

Much as I love words and make a living of sorts by assembling them in allegedly readable sentences, I have always been a complete sucker for a great photograph. A world class picture or image – damn it – really can on occasions paint 1,000 words and say everything worth saying on a subject or incident.

So instinctively I am strongly drawn to glossy coffee table books that showcase great pictures in all their gory – in fact it’s a bit of a no brainer – but the wordsmith in me still rebels at those mighty tombs  which present the pictures and nothing else. That could be considered by some as borderline lazy. Some pictures are truly stand-alone classics but the majority benefit from a little context and scene setting while a little inside track on their provenance never goes amiss

Which is exactly what you get with Hinault by Ruben Van Guccht which already has the feel of a minor masterpiece. Hinault and his story have been told before – notably in Richard Moore’s excellent Slaying the Badger – but this stunning array of pictures enables you to connect directly with him on an emotional level with one of the most volatile and passionate of riders. Not for the first time, incidentally, we should pause to behold the wonder of black and white photography which works particularly well in cycling were the riot of surrounding colour and countryside can sometimes detract from the individuals and what they are feeling. The absence of headgear also helps you get to know the riders as individuals.

Hinault may have been a peerless bike rider – a number of judges whose opinion I respect rate him higher than Merckx although less obsessed with winning minor races – but he was no poker player. He wore his heart on his sleeve plain for all to see whereas Merckx rarely departed from his Easter Island statue stare.

With Hinault you get the four seasons in one day.  He can be the stoic man of granite or a coquettish schoolboy flirt. He can be volcanically angry or suave and amusing.  Sometimes he is the patron – an almost Napoleonic figure in the middle of the peloton – yet often he is the lone wolf beholden to no man. He ruled his teams with a rod of iron yet when his winning was not imperative would gift wins to his colleagues and on occasions even ride hard for them. He was a benevolent dictator but there was a generosity of spirit and joy in Hinault that we rarely witnessed with Merckx

There is also a strong hint of the chameleon with Hinault as he reacts to each and every situation.  He eyes are constantly darting, he is alert to every change and nuance. He is not constrained by single modus operandi he can win a race any which way. Off the bike he does a fair impression of a French matinee idol as he poses for publicity pictures yet a few hours late he can morph into a muddied resistance fighter from the Vercors fighting the elements and the odds.

Hinault is the archetypal small squat powerful Breton, yet on other occasions his presence fills the frame and appears a bigger physical specimen altogether. He reminds me of nobody more than another proud Celt and world beater – Welsh rugby legend Gareth Edwards – with that remarkable latent smouldering power ready to be unleashed. When the mood took him it was all about who came second.

As you flick through the pages his life unfolds from the fresh faced teenage pin-up – every mother’s favourite son – winning the 1972 French Junior Championships to the blood splattered warrior with the eyes of a Mafia hitman in the 1985 Tour de France. You will stop and pause at your favourites – and read up on the backstory – and move onto the next Bernard Hinault

There is an early picture of an otherwise joyous podium with an utterly desolate Hinault looking disgusted with his third place which falls into the 1,000 words category while the strip of pictures from his nasty fall down a ravine at the 1977 Dauphine Libere is there in all its glory and his perhaps the moment that sealed his popularity with the French public.

The young Hinault had taken Bernard Thevenet and Lucien Van Impe to the cleaners climbing to the top of the Col de Port and was 1min 20secs ahead when he began his descent to glory, at which point he soon disappeared out of sight and over what, appeared to be a cliff. TV viewers looked on in horror unaware that out of sight a tree had arrested his fall and possibly saved his life. Better still although bloodied and shaking he was dragged back to the road, remounted and still won the stage. C’est magnifique!

The last picture in the series is the most starting and you don’t need to be a cycling fan to appreciate it.  Snarling, angry, wounded and almost foaming at the mouth – Hinault is a cornered animal, feral and dangerous. His nickname “The Badger” reportedly goes back to his early teenage years in Brittany when experienced adult training partners George Talbordet and Maurice Le Guilloux could never shake him off but that picture alone, at the end of the stage from Romans-sur-sere to Grenoble – does it for me. Rarely has a sportsmen enjoyed a more appropriate moniker.

There are many others – his legendary snowy win at Liege-Bastogne-Liege – his victory at a particularly muddy Paris Roubaix at the third attempt and his very mixed relationship with Greg LeMond where fixed grins seem to mask the rather Machiavellian events unfolding. Aware that his every move was being chronicled and photographed you suspect those smiles were much for the French public that ever they were for LeMond.

It’s a close call but certainly Cyrille Guimard, Hinault’s old boss in the early days, has no doubts: “Of course Merckx won the most races but Hinault was unbeatable when he was at the top of his game. Say they’d both done the same amount of training, Hinault would beat Merckx every time.”