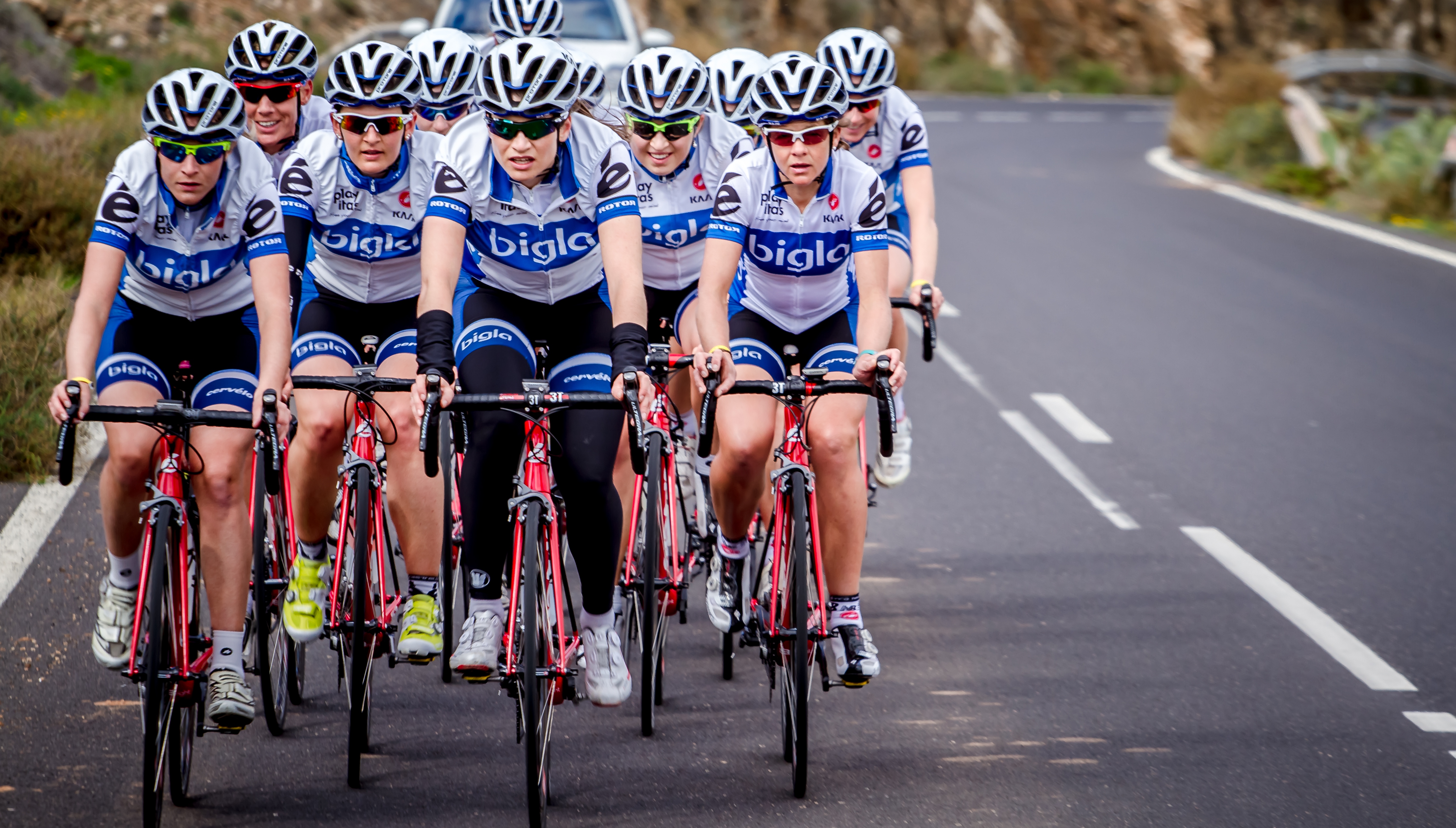 The Bigla Pro Cycling team will travel to Britain for the first time this month to make their debut at the Aviva Women’s Tour, led by reigning Strava Queen of the Mountains Sharon Laws.

The Bigla Pro Cycling team will travel to Britain for the first time this month to make their debut at the Aviva Women’s Tour, led by reigning Strava Queen of the Mountains Sharon Laws.

2012 British National Champion Laws rode in the inaugural edition of the race last May, taking the Strava Queen of the Mountains jersey on the opening stage and holding it for all five days. “The Aviva Women’s Tour is a race we are very much looking forward to,” Team Manager, Thomas Campana said. “Since the inception of the race, what they have added to the growth of women’s cycling has been impressive. Growing women’s cycling is a focus for us so we’re really excited to be invited to the race and will look to make an impact and respect this invite.”

Fans will have their first chance to see the teams in the Aviva Women’s Tour team presentation, which will take place in Bury St Edmunds from 5pm on Tuesday 16 June, before the town hosts the opening stage start the following morning.

The third stage comes in Northamptonshire, from Oundle to Kettering before Stage Four on Saturday 20th June from Waltham Cross to Stevenage in Hertfordshire, and then the final leg through Buckinghamshire, the Chiltern Hills and Dacorum on Sunday 21st June.  Highlights of each stage will be shown on ITV4 every evening during the race at 8pm.