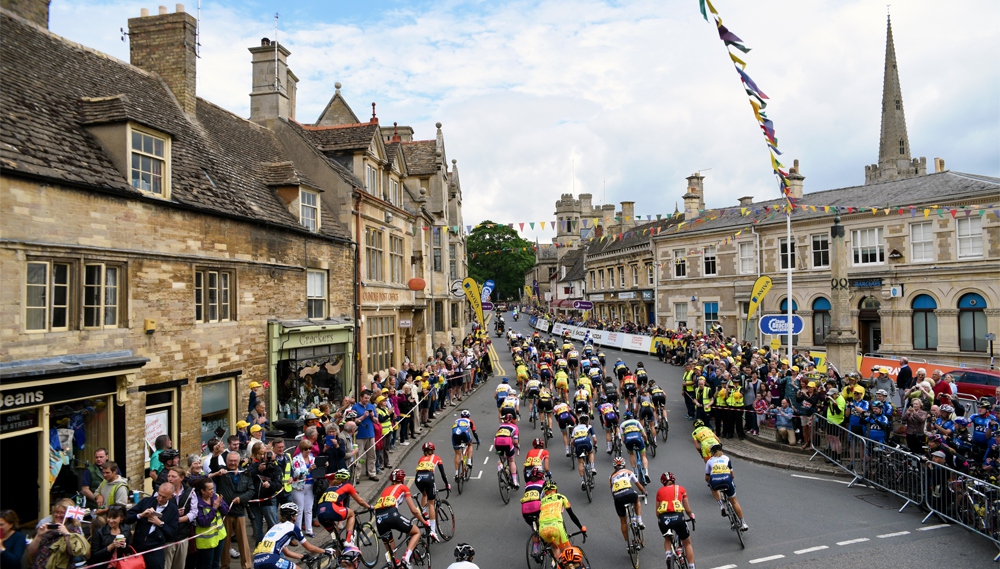 International women’s cycling will return to Northamptonshire for the next two years following the success of this summer’s Aviva Women’s Tour.

International women’s cycling will return to Northamptonshire for the next two years following the success of this summer’s Aviva Women’s Tour.

The world-class cycling event came to Northamptonshire for the second year running on June 19th and was watched by thousands of people along the route from Oundle to Kettering. You can view highlights of the stage here.

Northamptonshire Council Council has now agreed with event organisers SweetSpot that a stage of the five-day event will be held in the county next year and in 2017.

Details of the routes will be announced closer to each race event.

County council deputy leader Cllr Heather Smith said: “It is fantastic news for Northamptonshire that’s we’ve managed to secure the return of the Aviva Women’s Tour for the next two years.

“The huge amount of interest in the race really helps to put Northamptonshire on the map and it’s a great event for people in the county to come along and watch. What’s more, it’s a great way to get more people interested in cycling and for us to promote the health benefits of physical activity.

“The return of the Aviva Women’s Tour to the county for 2016 and 2017 is a testament to the tremendous support given to the riders during the Northamptonshire stage of the race and I hope people will continue to lend their support next year and the year after.”

As part of the agreement, SweetSpot will also hold a mass-participation cycle event in the county each year to encourage people, in particular women and families, to become more active and get cycling.

“We are delighted to be able to confirm a return to Northamptonshire for the next two years so early on in proceedings,” said SweetSpot Race Director Mick Bennett.

“The past two years in Northamptonshire have been a wonderful success and produced two amazing stages. The county has some beautiful countryside that lends itself fabulously to racing and we look forward to creating another memorable stage in 2016.”