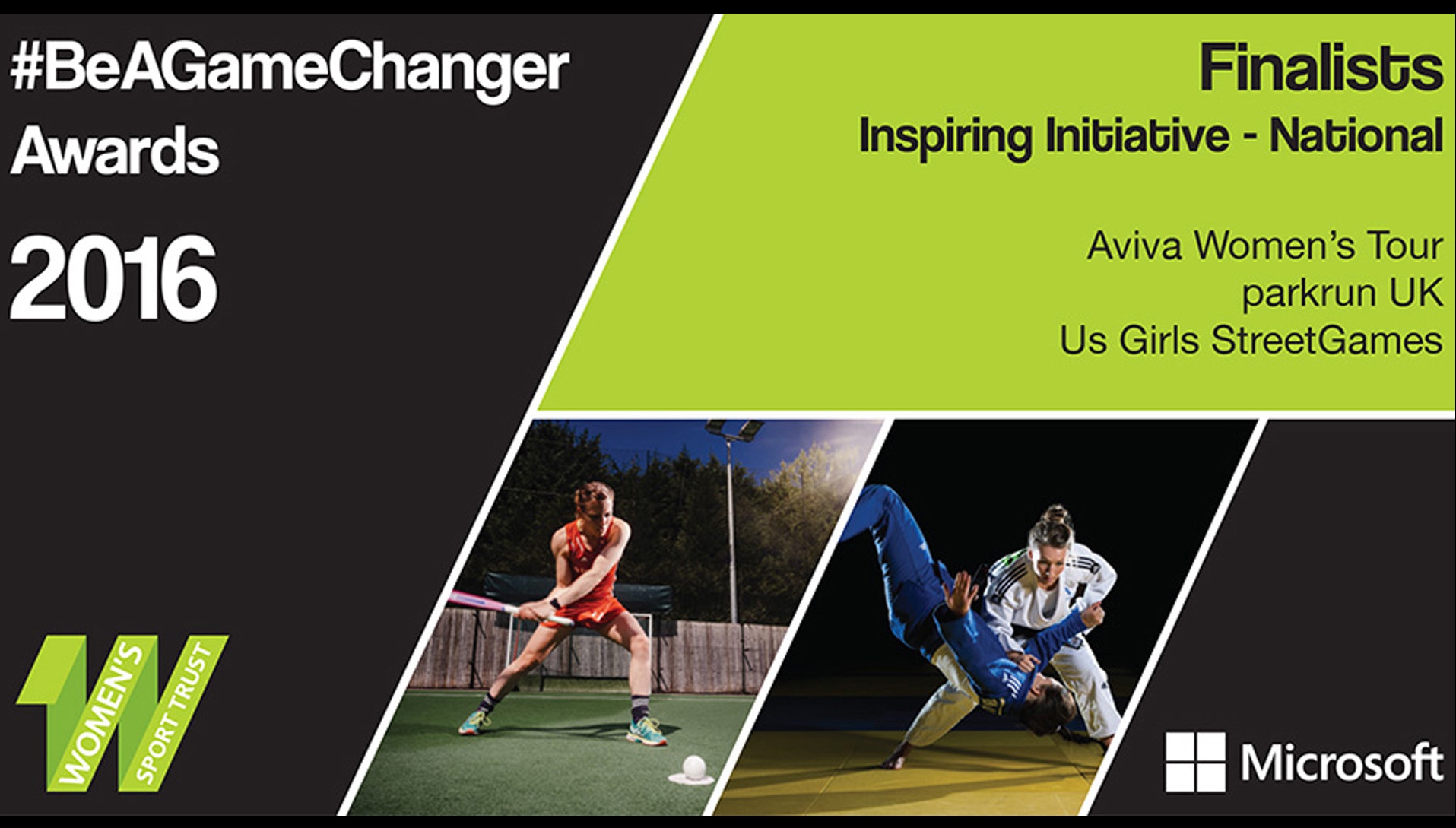 The Aviva Women’s Tour has been selected as a finalist for the ‘National Inspiring Initiative’ category in the Women’s Sport Trust #BeAGameChanger Awards 2016.

The Aviva Women’s Tour has been selected as a finalist for the ‘National Inspiring Initiative’ category in the Women’s Sport Trust #BeAGameChanger Awards 2016.

The Women’s Sport Trust #BeAGameChanger Awards recognise those individuals and organisations doing the most to progress women’s sport across the UK.

Following a public nomination process and shortlisting by the Women's Sport Trust Board of Trustees, the finalists in each category were chosen by an expert panel and we are absolutely thrilled to have been recognised.

The Women’s Tour has been selected for changing the landscape for women’s bike racing through its professional organisation, unprecedented media coverage and exceptional engagement with the local community.

Winners will now be decided by a public vote which will be open until Sunday 1st May. If you would like to show your support for the Women's Tour and vote for us please follow the link below: Other finalists from the cycling world include Helen Wyman, Drops Cycling Team and Heather Bamforth who are up for the awards of Individual Sporting Role Model, Sponsor Partnership of the Year and Ambassador of Women's Sport respectively.

After the public vote has closed winners will be announced on Thursday 12th May.