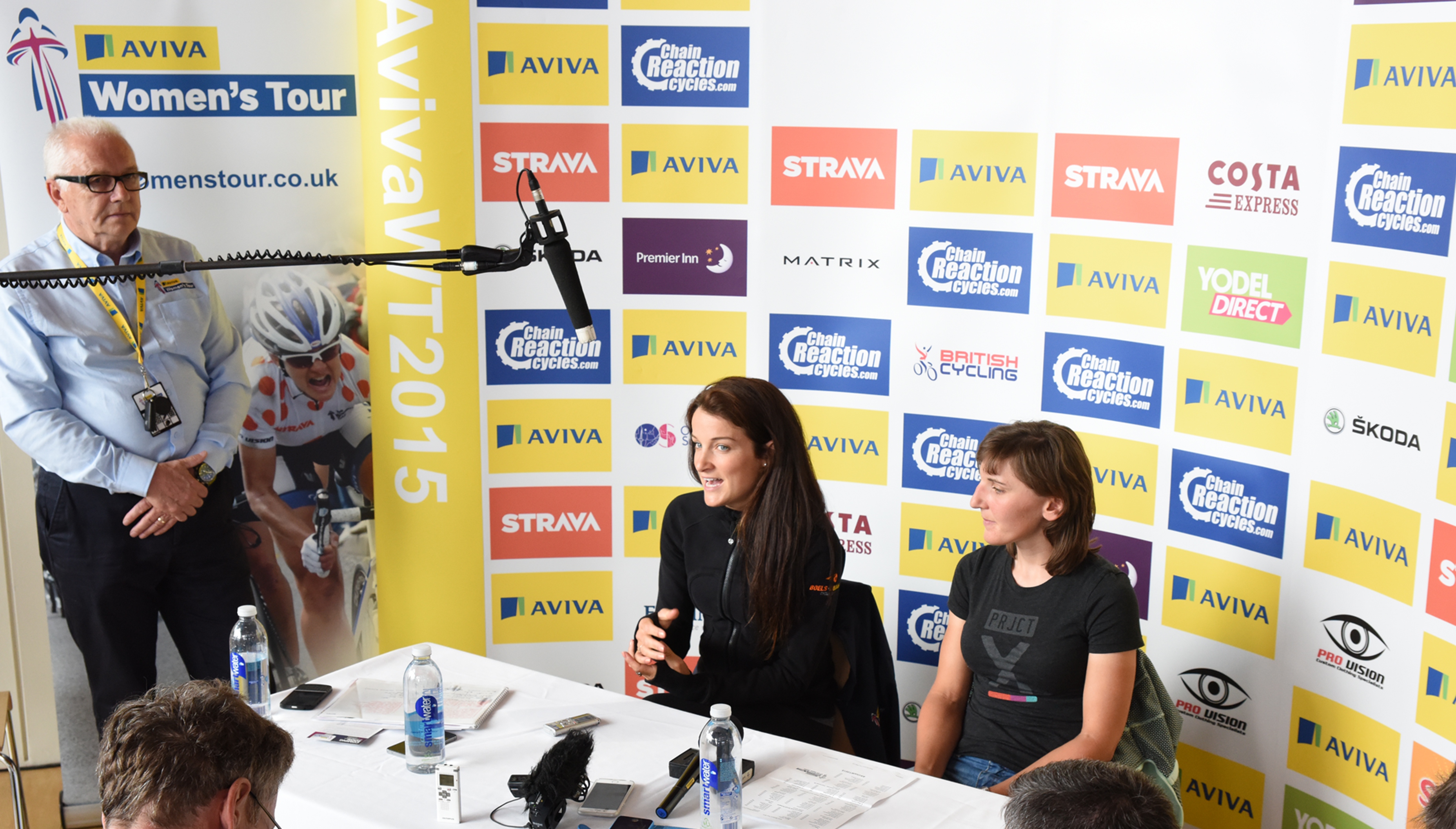 Ahead of the start of the Aviva Women’s Tour, Brendan Gallagher looks ahead to five days of world-class racing from the very best riders in the world.

Ahead of the start of the Aviva Women’s Tour, Brendan Gallagher looks ahead to five days of world-class racing from the very best riders in the world.

SECOND season syndrome is a well-known sporting phenomenon but there seems little chance of the second Aviva Women’s Tour proving an anti-climax or dipping in standards. A little bit longer and lumpier than last year, the course itself should encourage strong and aggressive racing while it’s raison d’etre remains the same, to provide a racing environment equal in every way to that enjoyed as a matter of course by professional male cyclists.

At the conclusion of last year’s inaugural SweetSpot Race Director Mick Bennett stated that he wanted the event to become the top women’s road race in the world inside three years, a tall order which will require improvements and modifications year on year. “I made that statement then and we remain firmly committed to make this event live up to what we promised this year,“ said Bennett at the team presentation in Bury St Edmunds. “We genuinely want to turn this into the benchmark for all other women’s cycle races in the world.

“We have a “look-feel’ this year that is easily equal to the Aviva Tour of Britain. The facilities are exactly the same, the only difference is that this is five days racing instead of the Men’s eight days.  We have increased the prize money to €;39,000 and staged a team presentation and have increased the race security. We are still operating a rolling road closure system but this year we will have between 60 and 64 escort motorbike outriders involved in that.”

Bennett believes in terms of profile and connection with the cycling public the Aviva Women’s Tour achieved in five days last May what it took the men’s Tour five years to achieve when it was reactivated in its modern day form in 2004.

The reaction last year was overwhelmingly positive, especially to the actual organisation of the race and the huge crowd that turned out en route, and the presence of twelve of the top thirteen ranked women’s team in the world in the 16 team event strongly suggests that the riders themselves are very much on board.

In the absence of the injured Marianne Vos, who is undertaking presenting duties for the week with ITV4, and current World champion Pauline Ferrand-Prevot, who is also injured, Great Britain’s Lizzie Armitstead possibly ranks the favourite. A tough back end to the race should help as would windy conditions if they were to kick up across East Anglia and the East Midlands this week.

“There is going to be a lot of motivated British teams and riders here and my hope is that they will be sending riders off in breakaways so we get a lot of aggressive racing,” says Armitstead who won the Philadelphia Classic earlier this month, a victory which sees her retain her leadership of the UCI World Cup. “The Wiggle team, with their British sponsors, will be very motivated and they have Jolien D’hoore who is the kind of sprinter who can get over tough terrain so I would make her one of the favourites.”

“I’ve had a busy racing schedule and I’ve not done so much homework as perhaps I should have done. It was a heavy trip to America I’m not sure I expected it to be quite so taxing but it’s nice to be back in the UK back on my own time zone.

“I’ve looked at the profiles and distances and I know it gets heavier towards the end of the week which should be good for me. The first few stages could be quite challenging because I’m guessing there will be few sprint stages early on.  The form feels good, I had a little mid-season break in May and it’s gone well since I’ve come back.

Armitstead would like to have tackled Vos, who took an iron grip of the race midway through last year but with the Olympic Champion and frequent winner of World titles on the comeback trail that will now have to wait until later in the year.

“We are definitely missing Marianne in the races at the moment. She is an aggressive rider; she’s a rider who is always going to animate the race and makes it difficult.  But women’s racing isn’t totally focussed on Marianne, there is a slot of depth at the top of women’s cycling these days.”

Armitstead, the current Commonwealth Games road champion who rides for the Boels Dolmans team, could find the powerful Wiggle Honda team firing shots from all directions. Ronde Van Vlaanderen winner Elisa Longo Borghini was second to her in Philadelphia and is clearly in good form while Britain’s Gold medallist from the 2012 Team Pursuit Dani King who has been in fine form since her recovery from a serious crash and injury before Christmas. British interest should be high generally despite the strong field and the presence of no less than 11 national champions. Double Olympic track champion Laura Trott, who won the British road race title last year, is sure to feature for the Matrix Fitness team along with Elinor Barker, while the Pearl Izumi Sports Tours International squad will be headed up by Katie Archibald and Dame Sarah Storey.

The latter has been in cracking form recently and would love nothing more than to get in a long breakaway, a prospect that might also appeal to Joanna Rowsell, the third of the successful GB Team Pursuit trio from London 2012 on show. Rowsell does not race as much on the road as King or Trott but with her pursuiting and time trialling strength could cause some damage if she is able to escape from the peloton at any stage. Sharon Laws of Bigla Pro Cycling will be looking to defend her Strava Queen of the Mountains title while UnitedHealthcare Pro Cycling will showcase the talents of Britain’s Hannah Barnes plus Commonwealth Games champion, New Zealander Linda Villumsen. Two time former Junior World Champion Lucy Garner meanwhile will have her eyes on the sprints with her Liv Plantur team.

Aviva Women’s Tour: The Stages
To take a full look at the race, head to any stage homepage to find an interactive Ordnance Survey stage maps and downloadable ETAs.

Stage 1: Wednesday 17 June, Bury St Edmunds to Aldeburgh  (112.6km): The race starts in Bury St Edmunds and track eastward to the coast.  Rolling but flat run in and finish and almost certainly a day for the sprinters.

Stage 2: Thursday 18 June 18, Braintree to Clacton-on-Sea (138km): Another flattish stage, which should again see the sprinter to the fore although cross winds could shake proceeding up.

Stage 3: Friday 19 June 19, Oundle to Kettering  (138.2km): Very tough stage, especially coming after the 138km of the previous day which is just 2km short of the maximum distance allowed for a stage by the UCI in a women’s stage race. Loads of short sharp climbs could favour a brave solo attacker although the most likely outcome is a very select group sprint.

Stage 4: Saturday 20 June, Waltham Cross to Stevenage (103.8km): Shorter, quickfire stage but tough going and real racer’s finish with both a climb and a steep descent to contend with.

Stage 5: Sunday 21 June, Marlow to Hemel Hempstead (102.6km): The sting in the tail with the two biggest climbs of the Tour – Cryers Hill and Tom’s Hill Road – over a course that featured in part in last year’s men’s Tour of Britain Stage Six. Could well be the decisive stage for the GC contest.