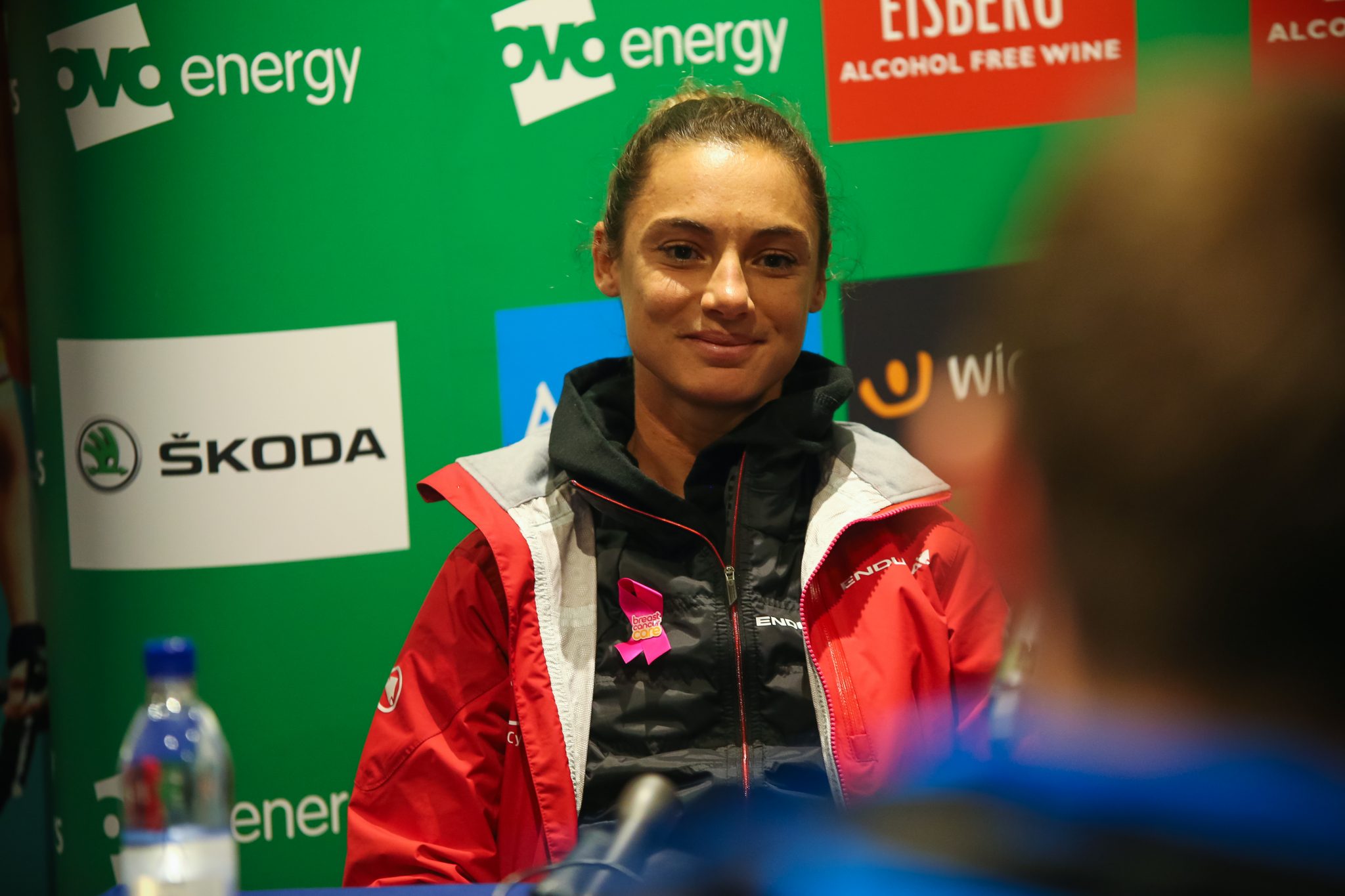 Last year’s runner up Ashleigh Moolman-Pasio is looking forward to being back in Britain and having another crack at the OVO Energy Women’s Tour.

Last year’s runner up Ashleigh Moolman-Pasio is looking forward to being back in Britain and having another crack at the OVO Energy Women’s Tour.

The Cervelo Bigla rider knows that with such a stellar line-up of riders from around the world racing in 2017 it’s going to be an unpredictable race that could be decided by the smallest of margins, but she’s hoping to be at the sharp end of the action once again. She said;

“This is an exciting race. It’s hard to really predict how things will unfold. Like Lizzie and Anna said, the racing is really unique. There are all sorts of different challenges; it’s not as if there’s one stage like in the Giro where we can plan for a specific climb. There are various different aspects that can affect the result; there are time bonuses for example. It could come down to seconds – I hope we can put on a show for the public.”

In 2016 the South African finished second, 11 seconds behind overall winner Lizzie Deignan, but is hoping that harder and longer Stages in 2017 will play into her hands.

“I suppose I’m a sucker for punishment, so when I see a hard course, that makes me happy. I think it makes the racing more challenging; I suppose it limits the number of people who are going for the win. There’s a lot of climbing; there’s not one big climb in particular, but the meters add up every day. It’s great to see that women’s cycling is taking on harder stages and that we’re showing our depth. I’m really looking forward to the racing.” After such an impressive performance at last year’s race it’s no surprise that Moolman-Pasio is excited about being back.

But for her it’s not just about the intense racing, it’s the race as a whole that makes it stand out as the best in the world.

“I really think that the OVO Energy Women’s Tour is setting a precedent for cycling. In my opinion it’s the best race on the calendar because of the way they’re bringing cycling to the people. To see the development over the years, to see how well it’s been marketed, there have been improvements over the years and to finish in London is a bit like La Course in Paris. I have so much respect for the race, the organisation; they know how to attract the crowds. I’m really happy to be back here.”

The 31-year-old is so impressed with the OVO Energy Women’s Tour she is hoping it will inspire a growth of women’s Stage races around the world.

The pinnacle of which would be to see a UCI Women’s WorldTour race in her native South Africa.

“It would be wonderful. I know that it could be a possibility – it’s great to see there’s interest in taking a race to South Africa. Obviously there’s a strong tie between the UK and South Africa; I have very strong British roots, I have a lot of family here. Of course, it would be great to see a race of this calibre in South Africa. We have a huge interest in cycling but it’s more focused on the mass participation side of the sport, so people don’t necessarily understand the professional aspect of racing. It would be really great to bring a professional race to South Africa to showcase what it’s all about.”

You’ll be able to watch Moolman-Pasio and her Cervelo Bigla team in action in the opening Stage of the 2017 OVO Energy Women’s tomorrow from Daventry to Kettering in Northamptonshire.

Hour-long highlights of the day’s action will be available on ITV4 at 11:00pm on Wednesday 7th June.