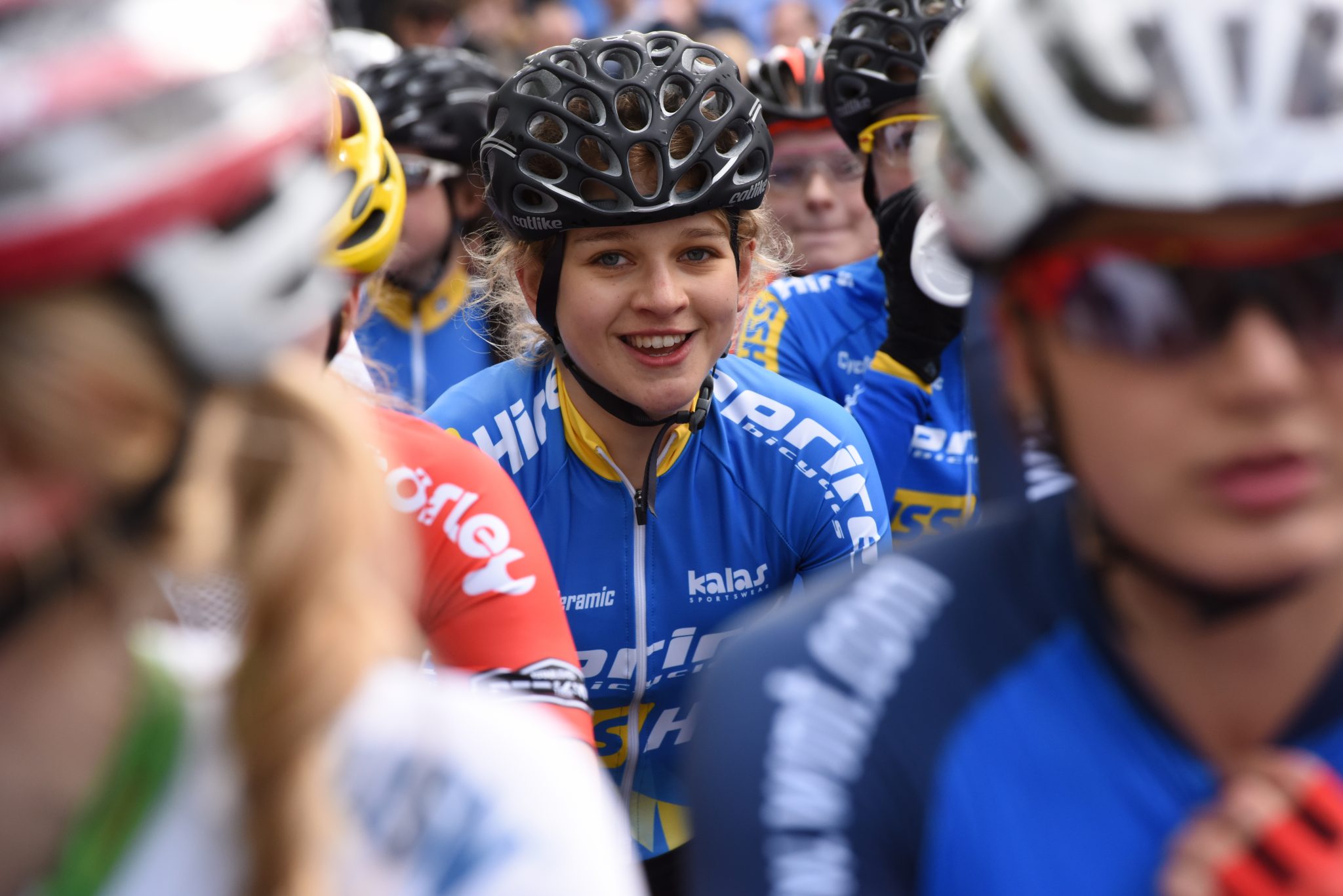 A year ago Alice Cobb was helping to launch the first ever Warwickshire stage of the University of Warwick as a member of the university’s cycling club, but 12-months on and the 21-year-old from Nottingham will be racing through her former place of study during the OVO Energy Women’s Tour.

A year ago Alice Cobb was helping to launch the first ever Warwickshire stage of the University of Warwick as a member of the university’s cycling club, but 12-months on and the 21-year-old from Nottingham will be racing through her former place of study during the OVO Energy Women’s Tour.

Cobb, a member of the Lares Waowdeals team will line-up for her first UCI Women’s WorldTour race in Daventry, Northamptonshire on Wednesday 7 June having overcome injury and seven weeks out earlier this season.

We caught up with Alice to look ahead to her debut in the OVO Energy Women’s Tour.

You are returning from a long term illness, how is your training going now/how are you feeling? Are you looking forward to getting back on your bike and getting stuck in to your first UCI WWT race of the season?

“It’s been an incredibly difficult year for me but hopefully I’m back on track now. After a great winter of training in France to then be forced off the bike for seven-weeks and miss out on the whole classics campaign as well as the Tour of California was a bitter pill to swallow. Fortunately, my team have been very supportive and helped me come back as quickly as possible.

“I’ve been back in training for about four-weeks now and so far every day I’m seeing an improvement. We’ve had to build back up slowly and although I’m not in the same form that I showed prior to my illness it’s great just to be back racing again.

“Given the circumstances of the lead up to this race, it will feel very momentous for me to be on the start line making my WWT début on home soil.”

Last year you were a student at the University of Warwick. This year you will be racing through the campus as a pro, how does that make you feel?

“I feel really privileged to have earned a contract with Lares and as a neo-pro my calendar has been beyond what I could ever have hoped for.

“To think about how far I’ve come in a year – from hunching over textbooks to lining up alongside the world’s best female cyclists – feels pretty special. It definitely makes all the hours on the turbo worthwhile!”

And on that note how did you manage your cycling career while at the University?

“Yes that was a tough one especially last year during my finals! It was pretty stressful trying to train for a summer of UCI races (in an attempt to earn a pro contract) whilst also juggling economics revision and dissertation writing.  For a good few months life pretty much revolved around the turbo and library! Presumably we can expect to see lots of ‘Good Luck Alice’ banners and posters as we travel through Warwickshire, do you have a message for local fans, friends and family who will be coming out to support you?

“Ha I’ll let my friends know that they need to get banner-making then!

“In all seriousness though, it will be amazing to race through campus in front of my friends and family. They’ve all been very supportive over the last few months and to be back racing with them stood on the roadside cheering for me and my team will be great.

“Also I know the Women’s Tour is famed for always producing great crowds and so I’m looking forward to the atmosphere and buzz that follows the race from stage to stage.”

This year’s OVO Energy Women’s Tour route has increased in both length and ascent, with some very lumpy stages through Staffordshire and Derbyshire. How will that suit you as a rider?

“I’d like to hope that it will suit me more because I do tend to prefer the longer and hillier stage races. Bizarrely the ‘harder’ the race the more I enjoy it so I’m really looking forward to getting stuck into the Tour.

“I’m sure the rolling terrain and punchy hills of Warwickshire and Derbyshire will make for tough and attritional racing which will be great for spectators and should set up a good General Classification battle.”

The entire Stage Three route is within Warwickshire, roads that presumably you know very well and were your training roads while you studied. Do you think that will give you and your team an advantage over the rest of the peloton?

“I must admit I did smile to myself when I saw the release of the Stage Three route and I do know the roads pretty well. I think there’s always an advantage when you race on roads you know especially on the climbs and in terms of positioning. I can also pre warn my team about Burton Dassett [SKODA Queen of the Mountains climb] which I’m sure after my description they’ll all be looking forward to…” You are a Dave Rayner Funded rider, can you summarise a little bit about the support they give you?

“Dave Rayner is a great charity that supports riders who live and race abroad. They’ve helped me so much this year and enabled me to live in France. Without their backing it wouldn’t have been feasible for me to transition to becoming a full time rider and so I’m incredibly appreciative of their help.

They assist a lot of riders and this year they’ve also set up a brilliant new initiative to help more girls experience racing abroad.  You can follow them on Twitter and also find out more about the fund on their website.

And lastly, what do you think of the OVO Energy Women’s Tour as an event?

“The OVO Energy Women’s Tour is an absolutely fantastic race and you can really sense the buzz and excitement amongst the peloton. Riders love racing in the UK and everyone speaks so highly of the Tour.

“Every year the race seems to get bigger and better and this year’s route looks set to provide five-days of great racing! Guy Elliott and his team alongside all the sponsors have created a brilliant platform to showcase women’s cycling at its best and I’m really looking forward to being part of it!”