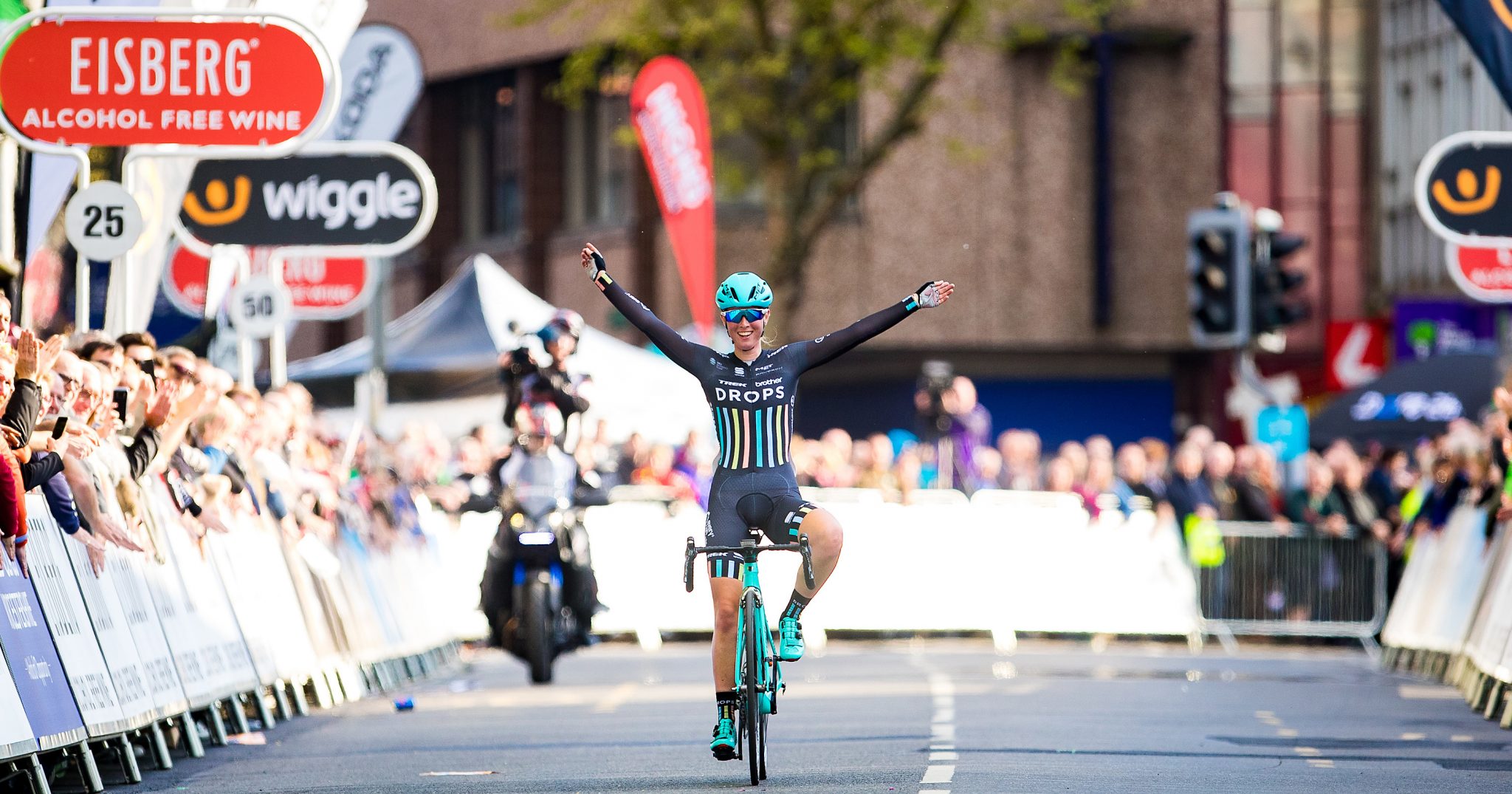 Fresh from a solo victory in the opening round of the Matrix Fitness Tour Series, Alice Barnes will lead DROPS into the OVO Energy Women’s Tour, starting in Daventry on Wednesday June 7th.

Fresh from a solo victory in the opening round of the Matrix Fitness Tour Series, Alice Barnes will lead DROPS into the OVO Energy Women’s Tour, starting in Daventry on Wednesday June 7th.

Barnes said “I’m really excited for the OVO Energy Women’s Tour. The racing is always tough and exciting but what makes the race for me is the crowds and the support we receive. I’m raring to go and ready to get stuck in.”

The 21-year-old will be supported in the five-day stage race by Austrian Martina Ritter, and the British quartet of Abby Mae Parkinson, Hannah Payton, Annie Simpson and Tour Series individual champion Rebecca Durrell. All six riders selected for the OVO Energy Women’s Tour have proven themselves in their respective roles at the highest level, and are fully prepared for the task ahead.

Co- Team Director Bob Varney commented “The OVO Women’s Tour is probably the highest profile women’s race in the world. The organisers, Sweetspot, have really raised the bar for women’s cycling, and we are honoured to be involved for a second year.

Sweetspot have been totally supportive of our project from the very start, we are very proud to be participating and representing Great Britain with our predominantly young and ambitious selection. It wasn’t easy selecting our team for this one, we have a large and very talented squad, but we’ve prepared to race hard and we will be competitive. I’m sure the Great British public will get behind us and support us all the way into London.”

DROPS, who recently secured the overall prize at the Matrix Fitness Tour Series, will look to further establish their position as the premier women’s team in Britain, when they once line up against a world class field.  The OVO Energy Women’s Tour, which culminates with a circuit race in Central London on Sunday June 11th, is the 11th race in the UCI Women’s World Tour, and will be the 9th time that DROPS have competed at World Tour level this season. On their previous outing, Ritter rode to 9th place at the gruelling AMGEN Tour of California whilst Parkinson secured a top 10 finish on Stage 3.

Barnes is currently in 2nd position in the UCI WWT Young Rider competition, moving DROPS up to 16th place on the world ranking.