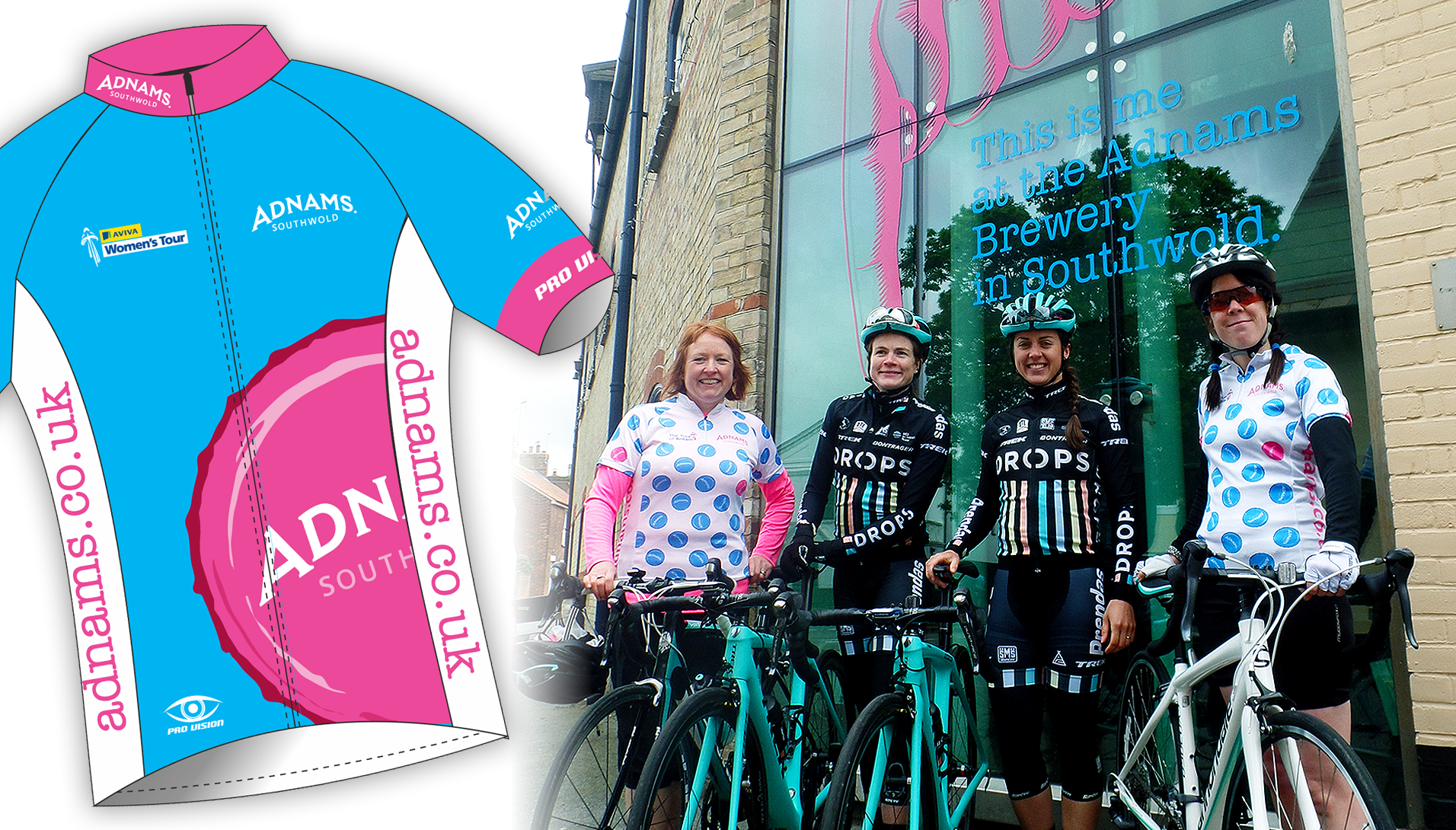 Suffolk based brewer Adnams will present the Best British Rider Jersey at this summer’s Aviva Women’s Tour, which will begin in 20 days’ time in their home town of Southwold on Wednesday 15 June.

Suffolk based brewer Adnams will present the Best British Rider Jersey at this summer’s Aviva Women’s Tour, which will begin in 20 days’ time in their home town of Southwold on Wednesday 15 June.

The jersey, which in the past two editions of the race has been won by Hannah Barnes and Lucy Garner, is presented to the leading British rider on the overall classification following each stage of the five day race.
The distinctive blue and pink jersey has been designed by Adnams and produced by Official Jersey Partners Pro Vision Clothing and will be presented for the first time on the podium in Norwich following Stage One from Southwold. In addition to the Aviva Women’s Tour jersey, Adnams will also present the Best British Rider award in September’s men’s Tour of Britain, which takes place from Sunday 4 to Sunday 11 September.

“Having supported the Tour of Britain and Women’s Tour for a number of years, we are hugely excited to be presenting the Best British Rider jersey for the first time in Norwich, with the Stage having set off from our home town of Southwold. Cycling continues to grow as a sport and leisure pastime and Adnams’ association with it at all levels, from prestigious events involving elite riders, through to local sportives and cycle-friendly pubs, continues to grow alongside it.” – Emma Hibbert, Adnams Marketing Director.

Adnams has been a partner of the Tour of Britain and Tour Series since 2011, and a partner of the Women’s Tour since its inception in 2014.  Guests at VIP Hospitality for all three events in 2016 will be able to enjoy a range of beers and wines provided by Adnams. “We are delighted to be able to extend and enhance our partnership with Adnams, which is one of our longest and most successful.  As a successful British brand they are the perfect partner for the Best British Rider prizes in both the Aviva Women’s Tour and Tour of Britain.”

“Having worked with Adnams for five years, we are delighted this year for the first time to be able to bring the Aviva Women’s Tour to Southwold for the opening stage and look forward to showcasing their home town.”

The evening before Stage One of the Aviva Women’s Tour, Tuesday 14 June, Adnams will host a charity evening at The Swan hotel in Southwold in aid of SportsAid, a charity raising money to support young sportsmen and women from Suffolk.

The evening will celebrate the following day’s opening stage, with Aviva Women’s Tour Race Director Mick Bennett joined by internationally renowned soprano Laura Wright, who hails from Suffolk and is a SportsAid ambassador.