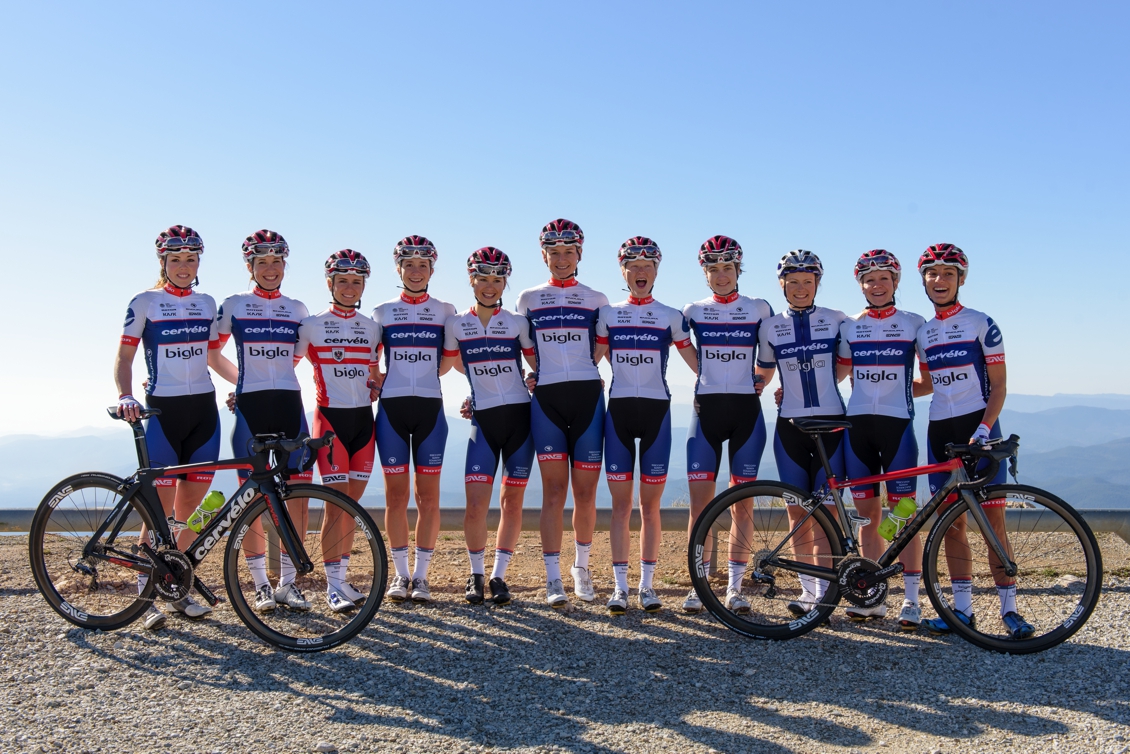 Ashleigh Moolman-Pasio, the runner-up in the 2016 OVO Energy Women’s Tour will return to the race next week at the head of the Cervélo Bigla Pro Cycling line-up.

Ashleigh Moolman-Pasio, the runner-up in the 2016 OVO Energy Women’s Tour will return to the race next week at the head of the Cervélo Bigla Pro Cycling line-up.

The multiple South African Champion will arrive at the OVO Energy Women’s Tour in excellent form, having won the final stage and overall classification of the tough Emakumeen Bira stage race in Spain, before a brace of single-day race wins in France at the weekend.

Also in the line-up for the race, which begins in Daventry, Northamptonshire on Wednesday 7 June, is the current leading young rider in the UCI Women’s World Tour, Cecilie Uttrup Ludwig, who will make her debut in the OVO Energy Women’s Tour. Moolman-Pasio (Left) with her Cervelo Bigla team mates on a training camp.