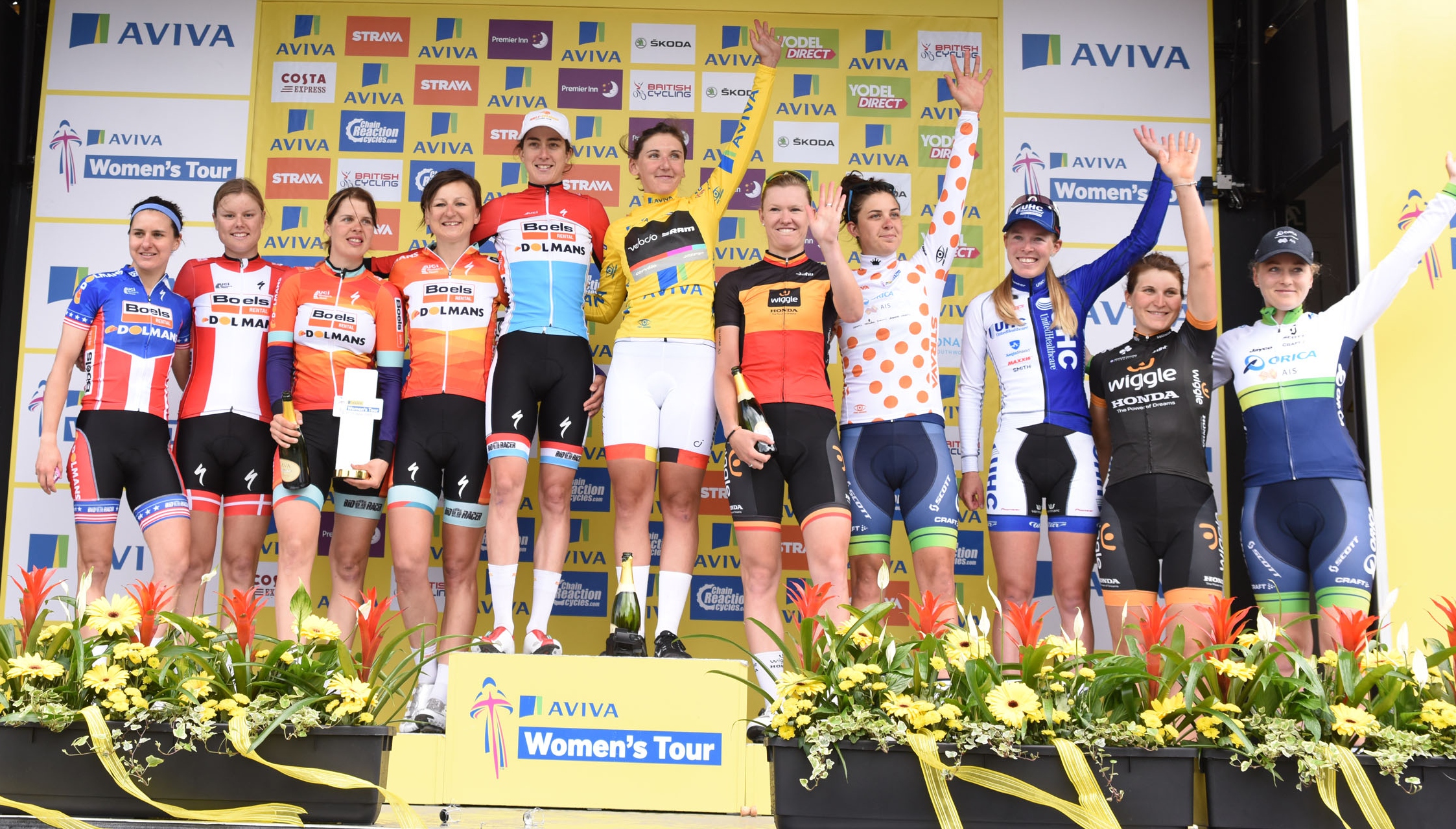 The routes for all five Stages of the 2016 edition of the Aviva Women’s Tour will be revealed as part of the Official Launch on Wednesday 3rd February.

The routes for all five Stages of the 2016 edition of the Aviva Women’s Tour will be revealed as part of the Official Launch on Wednesday 3rd February.

The race will be held from 15-19 June and will form part of the new UCI Women’s WorldTour, which will be the leading worldwide series of races for professional women’s cyclists.

As part of the inaugural UCI Women’s WorldTour the race is expecting to attract a strong field, with the world’s best riders going head-to-head across Britain.

On the Official Launch day Start/Finish maps for each of the five Stages will be publicised along with information detailing the total distance, total ascent and profile of each route.

Next week will also see the official promotional video of the Aviva Women’s Tour released to help whet your appetite for the excitement to come.

Once the routes have been announced details will also be released of how you can make your day extra special with hospitality packages at Starts or Finishes or how you can be involved in the race itself by volunteering.

Over the next week we’ll be offering little teasers of the routes across social media so make sure you’re following us on Twitter and Facebook to join in the fun.

In the mean time you can relive last year’s Tour on our Video page and stay tuned for all the exciting announcements!