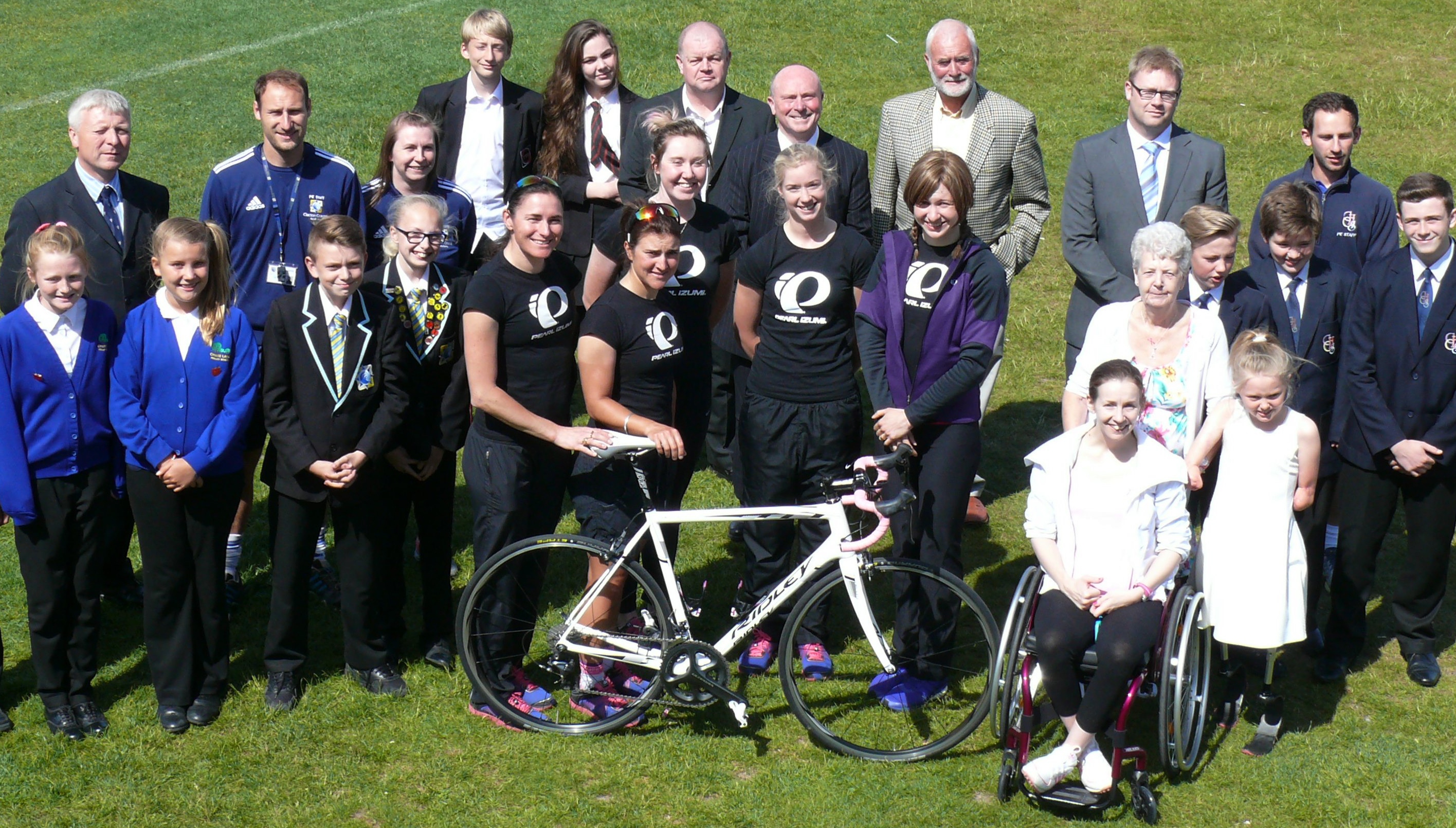 Britain’s most decorated Paralympian Dame Sarah Storey rode into Clacton today with her team ahead of the Aviva Women’s Tour.

Britain’s most decorated Paralympian Dame Sarah Storey rode into Clacton today with her team ahead of the Aviva Women’s Tour.

Dame Sarah, who has picked up 12 golds in swimming and cycling, took the chance to try out part of the route of Stage Two of the race which she and her Pearl Izumi Sports Tours International team will be competing over on Thursday 18 June.

They ended up at Clacton Leisure Centre where they met with some of the winners of Tendring Sports Personality Awards 2014.

The riders took an hour out of their busy schedule to talk to the District’s athletes about their lives in cycling, how they took up the sport and what it takes to succeed at the top level.

They spoke of the thrills and spills on both the track and road – and the many injuries they have picked up along the way.

Among the Tendring sportsmen and women was 11-year-old Ellie May Challis, who lost both hands and lower legs to meningitis as a toddler, and Suzanne Warren, who picked up the female sports personality award.
Both will be special guests at the Aviva Women’s Tour when it has a stage finish on Clacton seafront on Thursday.

Mick Skeels, Tendring District Council’s Cabinet Member for Leisure, said it was a great honour to meet up with the Pearl Izumi Sports Tours International team before the race.

“They are a great bunch of girls and it was fascinating to be able to get an insight into their sporting lives,” he said.

“They are extremely dedicated and you can tell they love being involved in cycling at the top level – even though the financial rewards are nowhere near as high as in the men’s equivalent.”